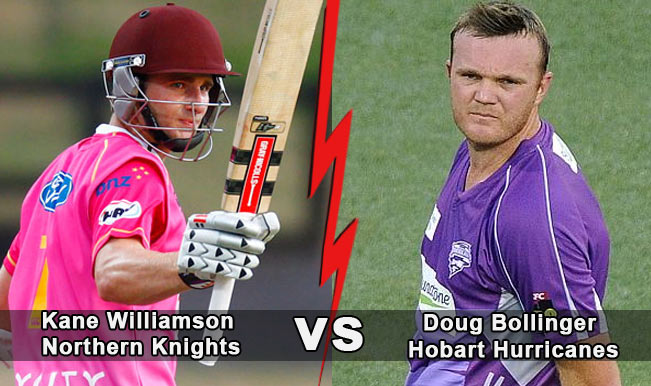 It is the battle of the trans-Tasmanian rivals as New Zealand’s Northern Knights (NK) is set to take on Australia’s Hobart Hurricanes in Champions League T20 (CLT20) in Champions League T20 (CLT20) 2014 at Raipur on Tuesday. Both teams are entering the match at the back of a victory each. Even a the mtatch will be a contest between the playing XI of both sides, there will also be a few individual mini-battles in the match. Also Read - NK vs LLG Dream11 Team Predictions, Ireland Inter-Provincial T20: Captain And Vice-Captain, Fantasy Cricket Tips Northern Knights vs Leinster Lightning in Comber 7:30 PM IST Tuesday August 25

Kane Williamson has been the batsman of the tournament so far, scoring two half-centuries in three qualifier matches and following it up with a century in the group stage clash against Cape Cobras. On the other hand, Doug Bollinger has struck quite a few crucial blows early in the innings with his short and wide deliveries, angling away from the right-handed batsmen. Will be manage to end Kane Williamson’s innings early? 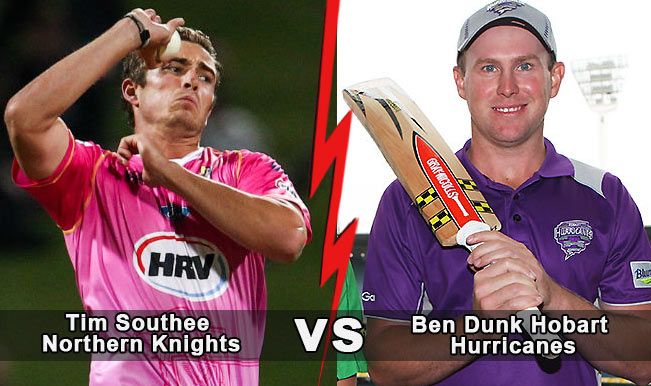 Tim Southee has used the bounce and swing at Raipur to his advantage so far in the tournament. He has been a menace for oppositions top-order early and will be the key for Northern knights if he have to stop the rampaging Ben Dunk, who scored a quickfire half-century in the previous match. 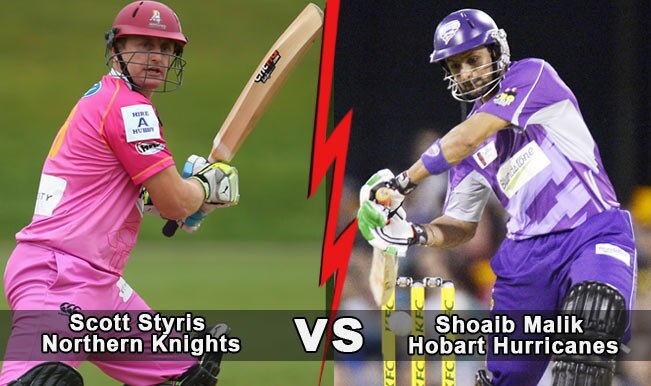 This is going to be the clash of the veterans. Neither of them will fit in to the side purely for their bowling, but the veterans remain fine all-rounders in the young man’s game. Scott Styris has been more than handy with the ball in the tournament, most prominently his spell against Mumbai Indians which ousted the defending champions from the tournament. Shoaib Malik, on the other hand, will need to play a pivotal role as the most experienced player in teh Australian outfit to have played in the sub-continent.