Hobbart Hurricanes take on Barbados Tridents in Group B Match 16 of the Champions League T20 2014. 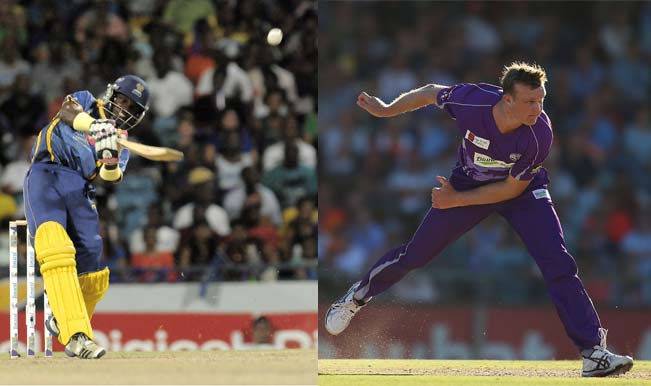 Barbados Tridents will be facing the Hobbart Hurricanes in a do-or-die game in order to keep alive their hopes of qualifying into the semi-finals. They have lost both their games so are in the tournament, and if the Hurricanes manage to win this one, the Tridents will be done and dusted for the 2014 edition of the Champions League T20. Also Read - BAR vs SLZ Dream11 Team Prediction CPL T20 2020: Captain, Fantasy Cricket Tips For Today's Barbados Tridents vs St Lucia Zouks Match at Queen’s Park Oval, Trinidad 7:30 PM IST August 30

Blizzard has been the main batsman for the Hurricanes, while the same can be said about Rampaul, in terms of bowling. Blizzard has been exceptional in this series so far and has been the reason why Hurricane has reached so far in the tournament. Rampaul looked good in the last game and If he gets going, he will be very hard to get away. This battle will be very entertaining as it might just decide the fate of the game. Also Read - SLZ vs BAR Dream11 Team Prediction CPL T20 2020: Captain, Fantasy Cricket Tips For Today's St Lucia Zouks vs Barbados Tridents Match at Brian Lara Stadium, Trinidad 7:30 PM IST August 20

Dilshan Munaweera is very aggressive in his approach towards the game, while Ben Hilfenhaus is the same when it comes to bowling. Munaweera is someone who can keep going even after the fall of a couple of wickets, but that approach can be very dangerous, considering the fact that he preys upon the opportunities provided by the batsmen in a game, This battle will decide the flow of the game in this match.

Doug Bollinger is a world class bowler, while Jonathan Carter has been in exceptional form in this series. This battle is going to be interesting, because Carter really likes when there is extra pace on the ball, while Bollinger is always ready to take a challenge when a batsman going after him. A very important battle in the context of the game, both the teams will expect their respective players to give them the advantage in the game.