Both teams will look to draw first blood in the T20I series opener.

New Delhi: The first T20I between India and Sri Lanka will take place at R. Premadasa International Cricket Stadium on 25th July, Sunday. The visitors won the ODI series by 2-1 as the talented Indian team ticked the right boxes against the hosts. However, Sri Lanka showed that they are not going to be a pushover team as they fought hard in the last two ODIs.Also Read - Highlights IND vs SA 1st ODI Score, Lucknow: Sanju Samson's Heroics Goes in Vain, South Africa Win By 9 Runs

Meanwhile, both the teams will look to come up with collective performance. The Indian team was playing the ODI series like a T20I series and we can expect a more aggressive approach from the Indian youngsters, who will be auditioning for the T20 World Cup. Also Read - Aakash Chopra SLAMS BCCI For Not Including Prithvi Shaw in Shikhar Dhawan-Led India's Squad For ODIs vs South Africa

On the other hand, the third ODI was interrupted by the rain when India had scored 147-3 after 23 overs. Thus, the match was reduced to 47 overs-a-side. We can once expect the rain to play killjoy in the first T20I match as a thunderstorm is expected on 25th July, Sunday in Colombo, which is not a good sign for the cricket aficionados. Also Read - ODI Series Will Help T20 World Cup Stand By Players To Get Into Groove: Dhawan 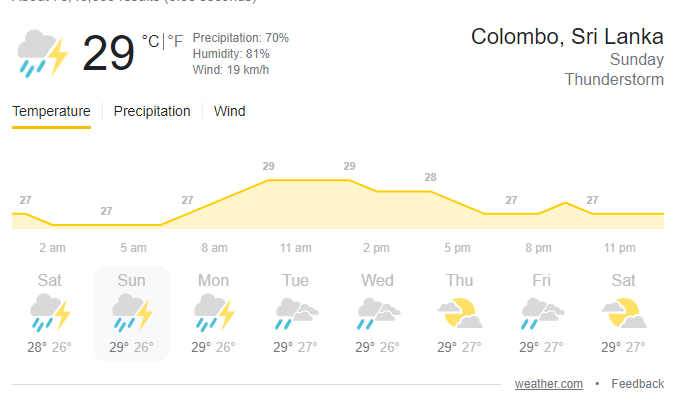 Meanwhile, Sri Lanka has also shown the promise to do well. The hosts had done well in the 2nd ODI and went on to win the third ODI after visitors made six changes to their playing XI. However, the Indian team is likely to play with the best combination in the opening T20I of the series.