Commonwealth Games 2014: Complete Schedule of Indian Players at the CWG 2014

The unit of 215 athletes look all set to take on the opposition at Glasgow 2014 Commonwealth Games and better their previous records. 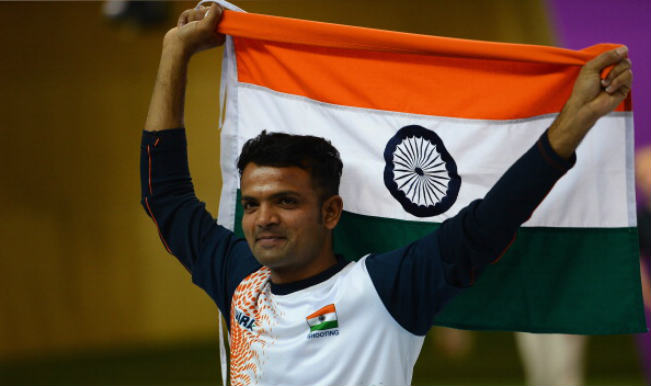 India has been one of the nations that have been very closely followed all over the globe at the Commonwealth Games. The host nation of Delhi 2010 Commonwealth Games finished second on the medals table in the last edition will be looking forward to bettering up their records at the Glasgow. With the surprising pull out of one of the most potential medal winner in form of Badminton player Saina Nehwal just before the games due to injury, did leave the Indian side a bit in shock but nevertheless the unit of 215 athletes look all set to take on the opposition at Glasgow 2014 Commonwealth Games. We take a look at the complete schedule of the 11 day outing by the Indian players in the tournament: Also Read - Hockey India congratulates just-retired former captain Sardar

First day of the Glasgow 2014 Commonwealth Games will mark the opening ceremony taking place at the Celtic Park. It will see the Parade of Nations with India entering first as they were last edition’s host nation. Olympics Silver medalist Vijay Kumar gets the prestigious opportunity to be the flag bearer. Scotland will enter last with their team as they are the current host nation.

Badminton: Indoor sport Badminton marks the start of the event with the Indian in the absence of ace Saina Nehwal will take on the team of Ghana in their opening match. Placed in Group B, their match is scheduled to start at 1:30 p.m. (IST). The Indian team will take on the Ugandan team during the evening session. This will be a sporting event and not medal event.

Squash: Indian will have high hopes from their pin-up girls Dipika Pallkal and Joshana Chinappa playing their women’s singles rounds. In the men’s singles, Saurav Ghoshal and Mahesh Mangaonkar will also aim for a good start.

Badminton: The second day of the CWG 2014 will feature the Indian team take on the Kenyan Team at 6:30 pm (IST)

Shooting: One of the best events on terms of India’s chances at bagging the gold medals is shooting and it would begin with the World No. 1 Heena Sidhu in action in 10m Air Pistol event. Lone gold medalist at the Olympics Abhinav Bindra and skeet shooters Mairaj Ahmad Khan and Arti Singh Rao will also begin their campaign.

Hockey: The Indian men’s team will try to forget the dreadful run at the Hockey World Cup and look forward to brighter prospects against Wales side in their opening match beginning at 1.30 pm (IST).

Squash: With the respective players overcoming the opponents in the opening round, they will play the Round of 16 in both men’s and women’s singles.

Cycling:  Amit Kumar and Deborah will look forward to stiff competition from their fierce opponents.

Hockey: Indian men’s team plays against host nation Scotland in their backyard. The match is scheduled to start at 8.30 pm.

Shooting: Rahi Sarnobat, P.N Prakash and Ayonika Paul will be in action.

Boxing: The highlight of the day in the boxing event from India will be Olympic Bronze medalist Vijender Singh in the middleweight category. The Round of 32 of the men’s welterweight will feature CWG 2010 Gold medalist Manoj Kumar. In the lightweight category Devendro Singh will be ready with his bout.

Day five of the Glasgow 2014 will mark the beginning of much exciting track and field events. Athletics have always been the much watched out event in any multi-sport tournament.

Day five will also feature the medal winning events. It will have gold and bronze medal matches in Table Tennis for the women’s team event.

Hockey: Indian women’s team will play the New Zealand side at 8.30 pm (IST)

Yet another day of medal winning event will take place on Monday. The men’s and women’s singles matches for the gold and bronze medal taking place in Squash. The men’s team event in Table Tennis will feature Gold and Bronze medal matches.

Boxing: In women’s flyweight category World No. 2 Pinki Jangra will be ready with bout.

Hockey: Indian women’s national side will take on Trinidad and Tobago at 11.30 pm (IST)

Hockey:  The Indian men’s team will face the World Champions Australia in their third league match. The match is scheduled to begin at 6.00 pm IST.

Badminton: Both men’s and women’s singles matches start with the likes of PV Sindhu, Jwala Gutta, Ashwini Ponnappa, PC Thulasi in the women’s side and Kadambi Srikanth, Parupalli Kashyap, RMV Gurusaidutt featuring in the men’s side.

Hockey:  Indian women’s team will play against South African side.

Hockey: Time for the Indian men’s team to take on South African side at 8.30 pm IST.

Boxing: Gold medal matches for all the weight categories.

Hockey: Gold and Bronze medal matches in the women’s side.

The highlight of the sporting event and all the more special for India, the national game of Hockey will be played for the glorious Gold medal by the men’s side. The day will also feature the match for third place and bronze medal.

Closing ceremony will take place in the national stadium of Glasgow, Hampden Park.