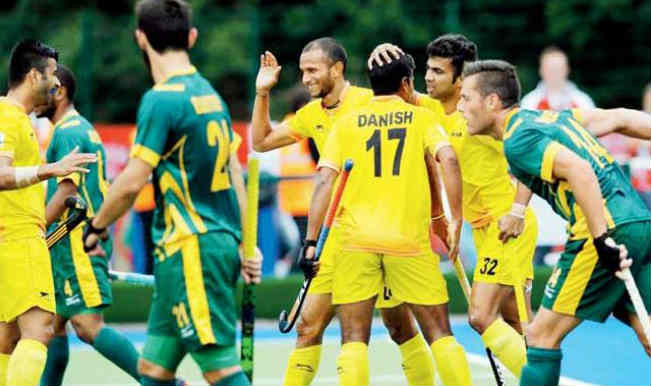 India Men’s Hockey team will once again face familiar foes Australia and this time for a prized Commonwealth Games gold-medal. Four years back in 2010 Commonwealth Games at New Delhi both teams were exactly in the similar situation and Australia triumphed on that occasion. Today’s encounter has already been labelled as the re-match of the bygone event. Earlier reigning World Champions Australia in the preliminary stage defeated India 4-2, now as they face each other with an eye on gold we have decided to take look at some of the recent battles on the Hockey field between the two nations. Also Read - Covidiot! Australian Woman Smashes Police Officer's Head Into Concrete When Told to Wear a Mask

India and Australia faced in a Pool A match of the mega event and it was India’s final group league encounter. Kookaburras were impressive and dominated the game early on by scoring a goal in 27th minute. The game ended with Australia striking three more penalty corners and thus handing India 4-0 defeat. Australia went on to win the title while India finished ninth.

In quarter-finals of the World League Final (Round 4) Australia fought back from two goals down to thrash India 7-2 in front of the home crowd. After equalising 2-2 Australia just atthe brink of half-time struck once more to make it 3-2. In second half Australia kept dominating and scored four goals, three of which came in span of six minutes.

India met Australia in the quarter-finals of the World League semi-final (Round 3) with a hope of qualifying directly for the 2014 World Cup but had to face ahumiliating 1-5 defeat. India failed to win any game in their pool and finished third by virtue of two draws.

In the opening match of Sultan Azlan Shah India went down 3-4 against Australia. India at one stage were trailing by three goals but did well to bounce back and score three goals. Australia then in the 53rd minute scored their fourth goal and that proved to be the difference between two sides.

In a semi-final clash of Hockey Champions Trophy India were outplayed by Australia who dominated the play throughout and scored three goals with India failing to net even once. Australia then in the finals of the event defeated Netherlands to clinch gold while India lost to rivals Pakistan in a third-place playoff and missed out on bronze medal.

Well, Australia have managed their clean sweep over India in the recent past and will be interesting to see if India happens to pull this one off and stun the World Champions.