The 53-day tournament will witness 10-afternoon matches starting at 3:30 IST while the evening matches will start at 7:30 IST.

The IPL action will shift to Sharjah on Tuesday, 22nd September where Rajasthan Royals will host Chennai Super Kings.

Venues for the playoffs and the Dream11 IPL 2020 final will be announced later.

“The Governing Council also discussed the comprehensive Standard Operating Procedures (SOPs), which will be finalised and published in due course, including the agencies to execute and deliver a bio-secure environment for safe and successful conduct of IPL 2020 Season,” BCCI secretary Jay Shah said in a statement on Sunday. 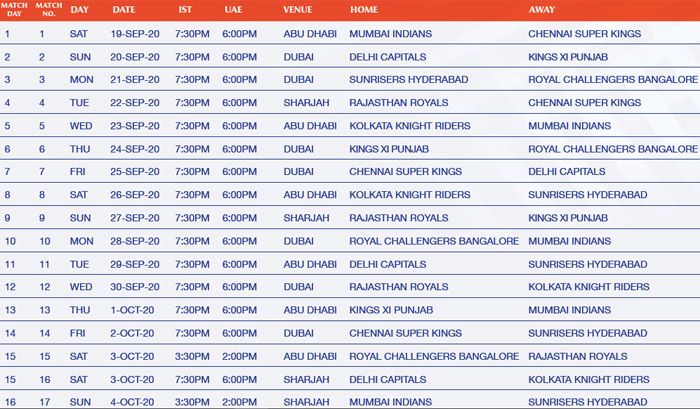 The Governing Council also reviewed the Player Regulations for replacement player for 2020 season.

Women’s T20 Challenge will also take place in the UAE and will comprise three teams with four matches to be played during the IPL Playoff week. 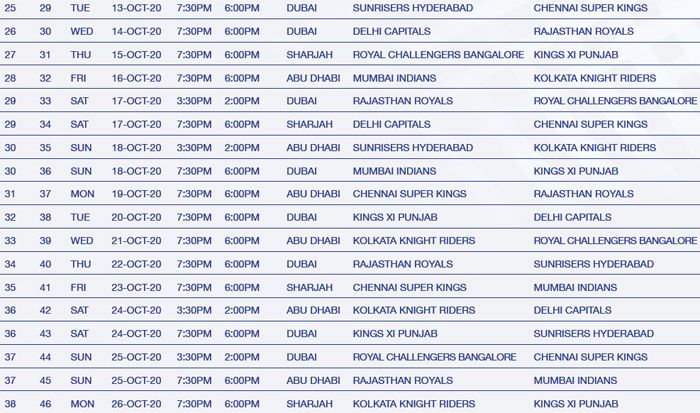 A meeting with the Franchises will be called shortly.

The matches will be played across three venues in Dubai, Abu Dhabi and Sharjah with the final scheduled for November 10.

Last week several members of CSK contingent tested positive for the coronavirus leading to speculations that MI will have to face another other team rather then the last-year runners-up in the opening match of the season as has been the case.