One thing has to be stated that throughout all of this, the cricketer has always maintained a firm stand where he has labeled all allegations as false.

Mohammed Shami’s wife Hasin Jahan has been seen in photoshoots recently had made a statement to ANI where she said she is looking to make a short film clearly giving an indication about her interest in Bollywood. According to reports of DNA, it is believed that is true, she could be making her Bollywood debut soon. Also Read - After Quitting Acting, Imran Khan Spotted in Mumbai, Fans Say 'Come Back To Movies'

“When I thought about getting back to modelling, I was asked to come to Mumbai. I went there and did some modeling shoots and a short film, post which Amjad (Khan) sir told me about a film,” Hasin Jahan told ANI. Also Read - Taapsee Pannu Gives Befitting Reply To Troll Who Called Her 'Faltu Heroine', Says 'I Have Lifted Standards'

She has also gone on record to confirm that the shooting will possibly start in October and is feeling proud about working with ‘Gul Makai’ director Amjad Khan. Also Read - Durgamati Trailer Twitter Reactions: Netizens Compare Bhumi Pednekar's Performance With Anushka Shetty And They Are Not Impressed!

The film that she has signed is titled, ‘Fatwa’ where she plays the role of a print journalist.

Meanwhile, the cricketer’s career is in a jeopardy after BCCI made it clear that his family life could impact his selection for the national side.

It all started when Hasin Jahan started making allegations of the cricketer cheating her and also ill-treating her. These charges included the rape charges and the domestic violence charges as well. She also accused the cricketer’s family of misbehaving with her. All of this amounted to media eyeballs and scrutiny.

Here are some of the pictures of Hasin Jahan from her latest photoshoot. 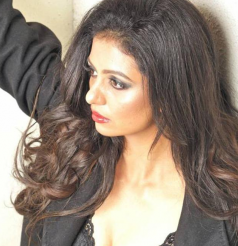 Meanwhile, the cricketer lost his spot from the national side after having a poor run at Indian Premier League 2018 for Delhi Daredevils.

One thing has to be stated that throughout all of this, the cricketer has always maintained a firm stand where he has labeled all allegations as false.