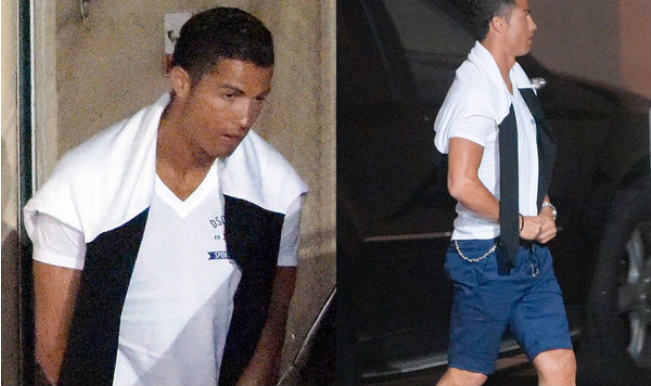 The Real Madrid winger was caught urinating in pictures published by the Daily Mail. Ronaldo was spotted leaving the club at around 4am, where he was partying with his friends. But on his way back to the hotel, Ronaldo was caught answering the nature’s call behind a parked Mercedes. Also Read - Cristiano Ronaldo Tests Positive For Coronavirus, Will Miss Portugal vs Sweden

Cristiano Ronaldo caught urinating in the street in Saint Tropez http://t.co/br28PTXYaw pic.twitter.com/woxQcxXrTW Also Read - UEFA Champions League Draw: It's Messi vs Ronaldo Once Again as Barcelona Gets Drawn With Juventus in Group G

However, Ronaldo’s friends did try to cover their star friend but failed to deceive the police. On spotting Ronaldo peeing, the local police gave him a strict talking and was ordered to vacate the area.