Day-night Test matches should be a permanent feature in world cricket, Australia must get support

It is high time that all countries embrace day-night Test matches wholeheartedly and show their support to Australia.

Why this raging debate over the future of day-night Tests? It is really bizarre that cricket is not able to mend its ways as far as the old problems are concerned. Once again there is the issue of the sport not able to see the light of the day as far as the future is concerned. Also Read - Facebook Says It Will Pay USD 1 Billion over 3 Years To News Industry

This as far as what is right. Also, once again cricket traps itself in its old problem of staying in issues when there should not be any. Australia once again led the way and showed the world how day-night Test cricket is to be played. Also Read - Australia Passes Landmark Law to Make Google, Facebook Pay For News

And any resistance against it is a big issue. It is high time that countries realise that Test matches need oxygen desperately. It is a raging issue in world cricket currently and one must debate what is good for the sport in general. Also Read - India vs England, 3rd Test: The Top Facts About Motera Stadium 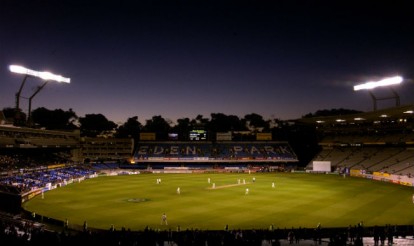 Let us all embrace Test cricket for what it is. The beauty of patience and persistence. Day-night cricket will give Test matches a new lease of life. It is required for these games to be more meaningful, watchful and entertaining. May there be a time that Test matches are played under lights regularly. That will be a time to celebrate what is good for the game.