Port of Spain, Nov 8 West Indies wicketkeeper Denesh Ramdin has again accused the Trinidad and Tobago Cricket Board of axing him as captain because of his role in the abandoned tour of India, and 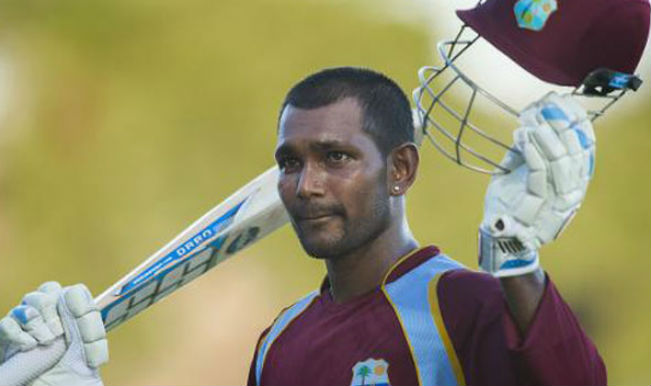 Port of Spain, Nov 8 West Indies wicketkeeper Denesh Ramdin has again accused the Trinidad and Tobago Cricket Board of axing him as captain because of his role in the abandoned tour of India, and says this is a breach of his rights. Though the TTCB rejected the player’s initial allegations in a statement earlier this week, Ramdin reiterated that he had been told that he would not be appointed captain because he did not “demonstrate proper leadership” in the West Indies players’ controversial decision to abruptly quit the one-day series over a contracts and pay row with their union, WIPA, reports CMC.

“On Nov 3, 2014, I attended a meeting with the Trinidad and Tobago Cricket Board. At that meeting, I was told that since I did not demonstrate proper leadership in relation to the tour in India, I would be relieved of the captaincy and would be replaced by Rayad Emrit,” Ramdin said in a statement. “I understood this to be a punishment contrary to the undertaking given by the WICB at the meeting Friday, Oct 31, 2014.

“I am also advised that this action is a breach of my rights having regard to the fact that the Task Force appointed by the WICB has not made any findings and has made no findings of misconduct against me.” Ramdin was one of the players who walked off the tour of India last month, sparking a bitter dispute between WIPA, the West Indies Cricket Board and themselves.

Their actions, which wrecked the one-day tour and also resulted in the cancellation of the three-Test tour, left the WICB facing a damages claim from the Board of Control for Cricket in India (BCCI) of nearly $42 million. At a recent high-level meeting here chaired by St. Vincent’s Prime Minister Ralph Gonsalves, Ramdin said the WICB had given the assurance that none of the players involved in the abandoned tour would face recrimination.

Ramdin said the TTCB’s actions were a violation of these agreements, and claimed he had even been barred from attending a recent Trinidad and Tobago team practice session. “I feel compelled to state that on my return from India I was restricted from attendance at a practice session with the Trinidad and Tobago team Thursday, Oct 30, 2014,” Ramdin said.

“Although I felt hurt and embarrassed, I knew that I should remain committed to my responsibilities.” Ramdin said he also remained fully dedicated to Trinidad and Tobago and West Indies cricket.

In statement earlier this week, the TTCB said that Ramdin’s anticipated unavailability because of his upcoming commitments with West Indies, was the only reason behind his non-appointment as captain.