Denesh Ramdin and Darren Bravo hit centuries in a record partnership as the West Indies completed a clean sweep of the three-match one-day international series against Bangladesh with a 91-run victory on Monday. 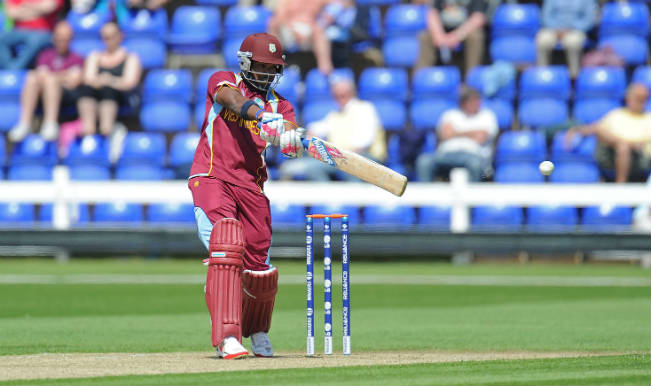 Basseterre, August 26, 2014: Denesh Ramdin and Darren Bravo hit centuries in a record partnership as the West Indies completed a clean sweep of the three-match one-day international series against Bangladesh with a 91-run victory on Monday.

Ramdin blazed 169 and dominated a 258-run third-wicket partnership with Bravo (124) to pace the West Indies to 338 for seven batting first. It was the highest partnership for any wicket for the Caribbean side in ODIs while the total was their fifth-highest.

Needing a monumental effort to even be competitive after their capitulation for just 70 in the second one-dayer in Grenada three days earlier, Bangladesh were boosted by a 99-run third-wicket stand between Tamim Iqbal (55) and skipper Mushfiqur Rahim but were never really in the hunt and could only manage 247 for eight in reply.

Recognising that his team’s chances of challenging such a formidable total were effectively gone when Tamim was bowled by Sunil Narine in the 22nd over, the tourists’ captain settled on determined occupation of the crease rather than gambling on rampant aggression to topscore with 72.

Ravi Rampaul was the pick of the West Indies bowlers in finishing with four for 29. Ramdin’s effort, highlighted by 11 sixes and eight fours off 121 balls, equalled batting legend Brian Lara for the third-highest individual innings by a West Indian in one-dayers.

Only Vivian Richards, arguably the greatest of the many batting masters from the Caribbean, has higher individual scores — 189 not out against England in Manchester in 1984 and 181 against Sri Lanka at the 1987 World Cup in Karachi.

“Darren (Bravo) said someone had to bat through the innings and I put my hand up to do it today,” said Ramdin, who also took both the man of the match and man of the series honours. Bravo may have been overshadowed by the wicketkeeper-batsman’s big hitting, but he eventually unfurled his most fluent and powerful shots, hammering eight sixes and seven fours off 127 deliveries before a tired swing at off-spinner Mahmudullah brought about his demise to a catch at backward-point.

Yet Bangladesh were left to rue what could have been for Mushfiqur missed a straightforward stumping chance off Abdur Razzak when Bravo was just on ten. Razzak himself was subsequently at fault in the field as he moved lethargically at mid-on towards a miscued swing by Ramdin, then on 35, off Mashrafe Mortaza.

“Our bowlers bowled really well up front but we couldn’t capitalise because of some mistakes, including my own,” said Mushfiqur in reflecting on his team’s effort in the field. As in the first two ODIs in Grenada, Al-Amin Hossain impressed with the ball. He removed the dangerous but out-of-form Chris Gayle to a catch at the wicket early on and then returned to add the key wicket of Darren Sammy in the 48th over.

He was even more impressive in the final over, conceding just two runs and dismissing Ramdin and Jason Holder off successive deliveries to finish with the deserved figures of four for 49, lifting his tally of wickets in the series to ten.

“We’re really happy to win 3-0. It’s always better than 2-1 and keeps the winning momentum going for the rest of the matches to come,” said West Indies captain Dwayne Bravo, mindful of the line T20 International at the same venue in two days’ time and the two Tests that follow in September.