The U.S. Supreme Court offered the American LGBT community a liberating choice in their landmark court decision: the freedom to marry whomever they wanted. Also Read - Nazanin Zaghari-Ratcliffe Sentenced to Another Year in Iran Prison

A Bill Maher joke on Iran’s strict policy of sex reassignment surgery as a form of “correcting” homosexuality seemed absurd to playwright Dewey Moss–until he began to dig deeper. Also Read - Photo Of Missile Attack On Israeli Ship That Was On Way To Mundra Port Emerges

“The fact that something so extreme as sexual reassignment surgery was actually legal in Iran became fascinating–as well as the fact that it wasn’t exactly a new notion,” Moss said. “Since the 1980’s, the government has recognized that there was little religious reason for not allowing the ‘corrective’ surgery.”

Moss, whose plays often illustrate LGBT lives, felt inspired to create a piece to bring this knowledge to a wider American audience.

“While there have been incredible strides made, which should be celebrated, we shouldn’t neglect our history or turn a blind eye to the torture that LGBT individuals are subjected to around the world,” Dewey said.

In Moss’ play “Death of a Persian Prince,” the choice between a life in Iran and the U.S. is one the mysterious Samantha (Pooya Mohseni) strives to contextualize for James (George Faya), her all-American boyfriend. 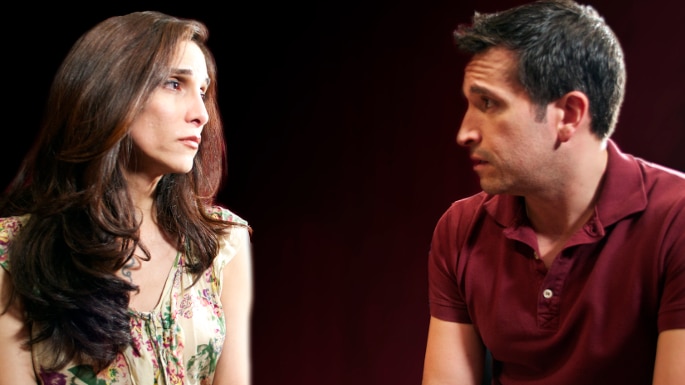 After attending a lecture on Iranian politics, Samantha and James return home for the evening and continue the geopolitical debate. Samantha passionately argues against American imperialism, while James, an ex-Marine who served multiple tours in Iraq, seeks to justify American involvement in foreign affairs. As open as Samantha is to discussing politics, she shies away from James’ personal questions about her own experiences in Iran.

The choices that face many career women–from pursuing positions at the U.N. to having a spouse and children–face Samantha, who according to James, always seems to avoid serious conversations about her past and her future. When faced with choices that would change Samantha’s life in the U.S. and her relationship with James, her past choices come to haunt her with the sudden appearance of her brother, Cas (Gopal Divan).

Cas’ unexpected visit stuns Samantha, but not as much as Cas’ revelations about their past. His enraged emotional state reveals a sinister brotherly jealousy, shedding light on the dark conditions under which Samantha left Iran. In being challenged by these two men, Moss believes Samantha learns that “having real power of choice isn’t about running away or allowing her to be oppressed.”

Between Cas and James, Samantha shares parts of herself–the American law student and the Persian princess adored by her parents–and reveals a woman more vulnerable than she appears. 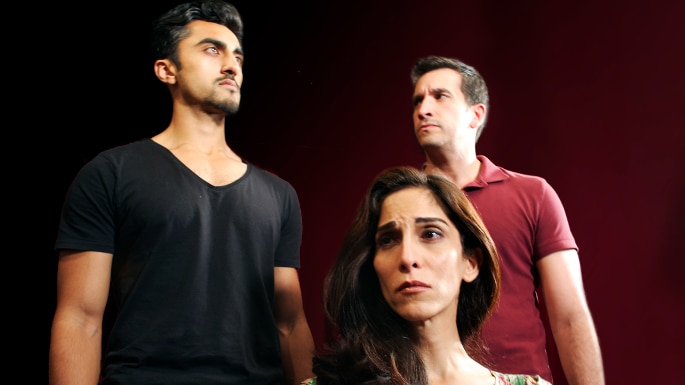 The unearthing of Samantha’s past challenges the compassion James has for the woman he loves yet hardly knows.

In one way or another, the characters have struggled to gain control over their lives–but the weight of their pursuits for autonomy come crashing down in a single night. The man behind the play intended to make this point: “Each character struggling for their own version of power in combination of dealing with the choices they’ve made in their lives is a central theme throughout the play.”

“Death of the Persian Prince” will be playing another show at the Access Theater on Aug. 8 at 4:30 p.m.