A slew of howlers by umpires in the ongoing India-Australia cricket Test series Down Under has convinced former captain Dilip Vengsarkar to come out in support of the Decision Review System (DRS), a technology whose use has been consistently opposed by BCCI. 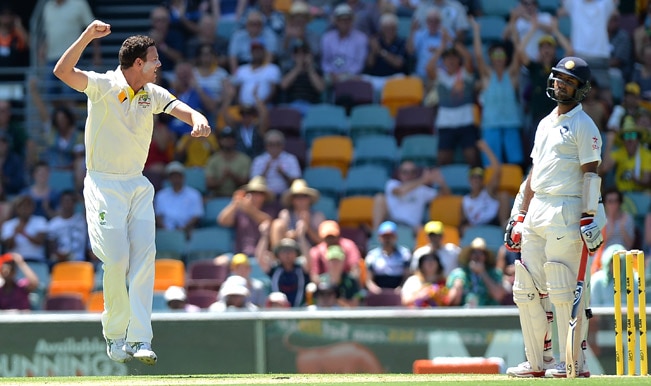 Mumbai, Dec 19 A slew of howlers by umpires in the ongoing India-Australia cricket Test series Down Under has convinced former captain Dilip Vengsarkar to come out in support of the Decision Review System (DRS), a technology whose use has been consistently opposed by BCCI. “I was also of the view that since it’s not 100 per cent (correct), DRS was not adequate. But the wrong umpiring decisions in this series have convinced me, that we should accept DRS,” he said on the sidelines after releasing “Guts and Glory”, a book authored by Makarand Waingankar, here today. Also Read - Kashmiri Students Allegedly Thrashed At Punjab Colleges After India's Humiliating Defeat to Pakistan In T20 World Cup

Vengsarkar was referring to the wrong decisions given against Indian batsmen Ajinkya Rahane and Cheteshwar Pujara in the first two Tests of the four-game rubber in progress in Australia. Also Read - India to Lift Quarantine Requirement For International Arrivals From Today | Check Latest Guidelines Here

The book, published by Jaico, features 26 past and present Indian cricketers – including former captains Mansur Ali Khan Pataudi, Ajit Wadekar, Sunil Gavaskar, Kapil Dev, Vengsarkar, Sachin Tendulkar and current skipper Mahendra Singh Dhoni, among others. Vengsarkar did not agree with the views expressed by former Australia captain Ian Chappell that Virat Kohli should be made the leader of Team India in place of Dhoni, indicating the youngster’s time will come in future.

“He (Kohli) is a captain for the future. But Dhoni has been selected as the captain and is doing a good job. I have read a few chapters of the book, including the anecdotes about players and other incidents. One of them is about 90 letters written by Dilip Sardesai to his wife Nandini when on the tour of West Indies in 1971. I wondered if he was busy writing so many letters, where was the time to play cricket,” Vengsarkar remarked in a lighter vein.

Asked about the current status of cricket in Mumbai, following its Ranji Trophy team’s shock loss to minnows Jammu and Kashmir in the season opener, the former chief selector pointed out that other States have also improved a lot as far as cricket infrastructure is concerned.