Former Indian cricketer Dilip Vengsarkar lashes out at BCCI for their in-differential attitude towards Test Cricket. 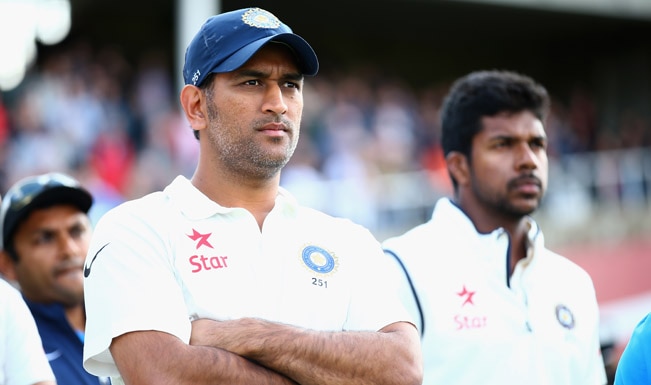 Mumbai, Aug 18: Finding fault with the BCCI for not being serious enough about Test matches, former India skipper Dilip Vengsarkar said the itinerary was wrongly drawn without any tour games in between the rubber that India miserably lost to England 1-3 at The Oval, yesterday. Vengsarkar also castigated team coach Duncan Fletcher and said the entire coaching staff should be sacked immediately. He was a little more condescending towards captain Mahendra Singh Dhoni even as he criticised the Ranchi star’s leadership and tactical acumen. Also Read - IPL New Team Auction: RP-Sanjiv Goenka Group Bags Lucknow; CVC Capital Wins Ahmedabad Franchise

The 116-Test veteran was also scathing in his criticism of the selection panel headed by Sandeep Patil and said the committee lacked vision. India grabbed a 1-0 lead by winning the second match of the five-game rubber at Lord’s before going off the boil and surrendering the series meekly by tasting heavy defeats later. Excerpts from an exclusive interview PTI did with the 58-year-old former selection panel chief who scored back to back hundreds at Lord’s on the tours of 1979, 1982 and 1986. Also Read - Victory of Islam: Pak Minister Sheikh Rasheed After India-Pakistan T20 World Cup Match | Video

Q: What reasons do you attribute to this debacle in the five-Test series?

Vengsarkar: The first and foremost is that of late the BCCI is not giving much importance to Test cricket as it was evident from the fact that there was hardly any preparations for the tour of five Test matches. Besides, the itinerary was poorly drawn as there were no side games either before the Test series or in-between the Test matches that did not allow the out of form players to get back into form and also those seven reserves sitting on the sidelines to get a much-needed match practice.

Mind you, we have taken a party of 18 players besides almost equal number of so-called support staff. The bowling looked incapable of getting 20 wickets to win the Test matches and the batsmen were hopelessly out of place. They not only lacked technique to combat the moving ball, but they lacked application, commitment and stomach to fight it out. They looked like hapless lambs to slaughter. And, the fact is that they committed the same mistakes innings after innings. I wonder what the batting, bowling and fielding coaches were doing on the tour?

Q: Were selections faulty in the first place and then in England?

V: Well, the selectors had the easiest job as they picked the best possible available team of as many as 18 players, for they never bothered to create options. They lack vision, judgment and courage of conviction. They prefered easier route to go with the tide.

Q: Do you feel the team’s focus was off a bit after the (Ravindra) Jadeja-(James) Anderson spat and India’s insistence on getting Anderson banned as suggested by some former cricketers like Michael Vaughan.

V: I don’t think so. These things happen in Test cricket and are a part and parcel of the game. If such things affect you and if you do not have the guts to give it back then Test cricket (is) not the place for you. In that case they can opt for a softer game and not Test match cricket. Test cricket surely separates men from the boys.

Q: How much would you attribute this defeat to Dhoni’s captaincy and Fletcher’s coaching methods ? Should these two be dispensed with after successive defeats in England, Australia, SA, NZ and again now in England ?

V: Dhoni led the team poorly. His selection policy, strategy, field placing and bowling changes lacked common sense. He made some glaring mistakes match after match for which India paid heavily. Unfortunately for him and India, he had Duncan Fletcher as the coach who, it seems, is devoid of any ideas and has no clue as to how to turn things around. He, it seems, hardly motivated the young team. In fact the support staff and the think tank really let down the team very badly. I hope the BCCI sacks them immediately unless they go once again by what the senior players in the team feel about them.

Q: Would you advocate some of our players going and playing in the English county cricket?

V: It’s very important for young cricketers to play in English County matches. It not only will give them experience to play in different conditions but the exposure they will get will surely stand them in good stead in future.