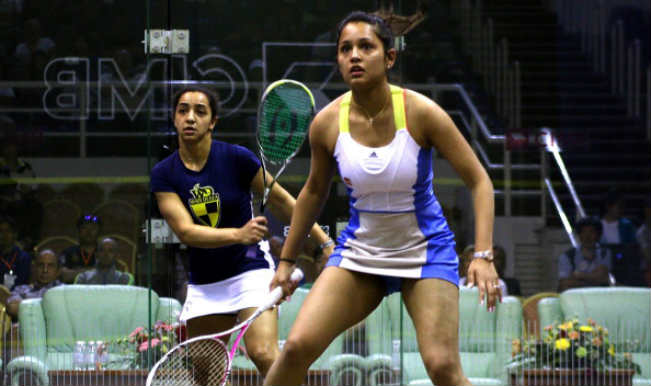 Glasgow, Aug 2:  India’s star squash players Dipika Pallikal and Joshana Chinappa lived up to their names and potential to enter the women’s doubles final at the Commonwealth Games here Friday. The Indian duo defeated Australia’s Kasey Brown and Rachael Grinham 11-9, 7-11, 11-4 in the semis to enter the gold medal contest at the Scotstoun Sports Campus. They will take on English pair Jenny Duncalf and Laura Massaro in the final Saturday. Also Read - Jawaharlal Nehru Stadium in New Delhi to be Redeveloped at a Cost of 7,850 Crore

Earlier, the pairs of Saurav Ghosal-Pallikal and Harinder Pal Sandhu-Chinappa bowed out from their respective mixed doubles quarter-finals. Sandhu and Chinappa won the first game 11-7 but went on to lose the second 8-11 to New Zealand pair Martin Knight and Joelle King. Knight and King were more dominant in the last game, taking the decider 11-6 to proceed to the semi-finals. Also Read - 2022 World Athletics Championships Set For July 15-24