The Squash Rackets Federation of India has questioned the veracity of Dipika Pallikal's reported statement that she was unaware of the World Women's Team Squash Championship to be held in Canada from Dec 1 to 6. 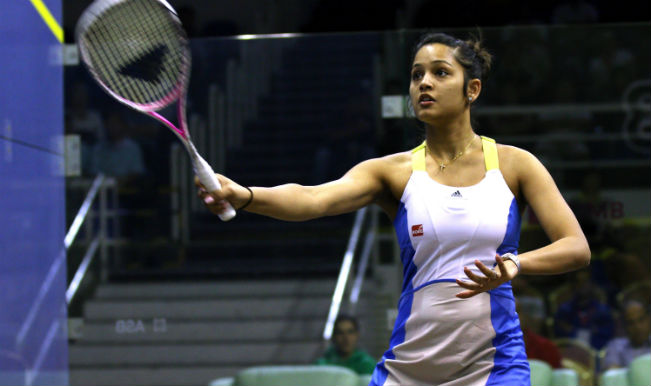 Chennai, Nov 10 The Squash Rackets Federation of India has questioned the veracity of Dipika Pallikal’s reported statement that she was unaware of the World Women’s Team Squash Championship to be held in Canada from Dec 1 to 6. In a statement issued here Monday, SRFI secretary-general Srivatsa Subramaniam referred to a quote attributed to Pallikal saying she was not aware of the championship, during an interview soon after she and Joshna Chinnappa had won the Commonwealth Games gold medal in Scotland earlier this year. Also Read - India's Joshna Chinappa Breaks back Into World's Top-10 Squash Rankings After Raneem El Welily Retires

The SRFI asserted that Pallikal was very much aware of the championship and was requested by National coach Cyrus Poncha on Oct 1 to confirm her participation in the championship by Oct 5, but the player said she was not taking part. Poncha, the statement said, had reminded Pallikal that her non-participation in the championship would lead to losing government funding, but the player had stood by her decision. Also Read - Fitness Freak Virat Kohli Inspired by Squash Player Dipika Pallikal's Training, Reveals Former Team India Trainer

The SRFI statement says: “It was come to our notice that Ms Dipika Pallikal has told a section of the media when queried as to whether she was participating in the World Women’s Team squash championship to be held in Canada from December 1 to 6, that she was not aware of the event at all. “According to one report, Dipika had said: ‘I do not know about it’, after her Commonwealth Games gold-medal winning partner Joshna Chinappa had told reporters that Dipika was not part of the team for the Championship.

“The SRFI wishes to clarify that when the championship dates were announced and the time came to select the team, National Coach Cyrus Poncha by an email dated October 1, had informed the players, including Dipika about their selection to the national team for the World championship and wanted each one of them to confirm by Oct 5 of their participation.

“Dipika did not respond when Joshna, Anaka Alankamony and Aparajitha Balamurukan had confirmed their participation. When reminded again for an immediate response, Dipika had replied to the National coach (email dated October 5) stating that she did not wish to take part in the event. “The national coach had then sent another email to Dipika dated October 11 wherein he had advised her to look into the circular of the Union Ministry of Youth Affairs where the Government had made it clear that players not participating in events like the World championship would stand to lose government funding. She, however, stood by her decision, in her email dated October 25, of not participating in the championship.

“It is clear from these exchange of communication between the SRFI and Dipika that the Federation had made every effort to select the best team to represent the country and to be claiming, as Dipika had done, that she was not even aware of this championship, is not only unfair, but a clear case of sacrificing the truth.”