The 2008 Indian Premier League champions, Rajasthan Royals, may be placed at the seventh spot at the moment. However, the Steve Smith-led side is still afloat in the competition and would hope to strengthen their chances to qualify for the playoffs when they take on a confident Mumbai Indians in Abu Dhabi on Sunday. While Mumbai hold the top spot in the eight-team standings, Rajasthan have managed just eight points from 11 matches so far. MI still have four more matches to play, and another win will seal a playoff berth, and a defeat could further worsen RR’s already slim chances. RR suffered an eight-wicket hammering against Sunrisers Hyderabad as all their batsmen failed to convert starts. They boast some modern-day greats like Ben Stokes, Smith and Jos Buttler but the trio has failed in making a bang.Also Read - MS Dhoni Arrives in Chennai Weeks Ahead Of IPL 2022 Mega Auction

Moreover, Sanju Samson had a fine start to the season but his performance derailed as the league progressed. These four players need to deliver all the goods on Sunday against a side that has dominated the season so far. A lot was expected from Stokes, who had missed most part of the initial stage, but the England all-rounder has managed just 110 runs from five games besides remaining without a wicket.
In their bowling, Jofra Archer has single-handedly led the pace attack. The England pacer has 15 scalps from 11 games and once again a lot would rely on him as others have not been up to the mark. Also Read - WATCH | Shardul Thakur Engage in a Hilarious Banter With Lucknow Super Giants Captain KL Rahul and Yuzvendra Chahal, Asks How Much is The Budget For Him

On the other side, Mumbai Indians have clicked all the boxes so far. Though Rohit was forced to miss their last outing against Chennai Super Kings, stand-in skipper Keiron Pollard didn’t let his absence affect the team as it crushed the opposition convincingly. MI’s top order comprises in-form Quinton de Kock, Rohit, Ishan Kishan, and Suryakumar Yadav, who all are in sublime touch and could clobber even the best bowling attack. Hardik Pandya, Pollard, and Krunal Pandya, too, have been in good form in the middle-order, and once again will look for converting the starts in their favour. MI has one of the best pace attacks in the league, comprising speedsters Jasprit Bumrah and Trent Boult, who was at his lethal best against CSK. They would expect some support from Aussie quick Nathan Coulter-Nile, who has featured in just three games so far. The onus of the spin attack will be on Rahul Chahar and Krunal who, too, have equally been impressive in the middle overs. Also Read - 5 Feared Trapped After 5-Storey Building Collapses In Mumbai’s Bandra, 5 Fire Engines Rush To Spot 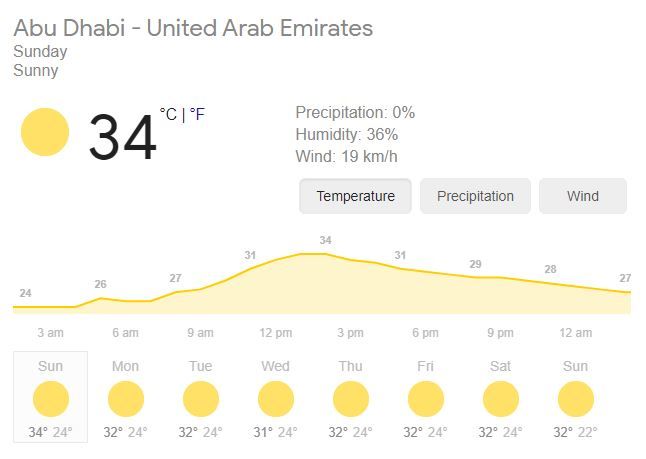 The pitch at Sheikh Zayed Stadium, Abu Dhabi is a pretty balanced one and offers plenty of support to both the batsmen and the bowlers. The batsmen will have to play himself in before playing their shots. They should look to target the shorter side of the ground. In the previous matches in Abu Dhabi, dew has played its part and hasn’t as well. The conundrum over whether to bat first or chase in Abu Dhabi continues. 160 should be a decent score at this venue, with the pitch expected to slow down a touch as the match progresses.