It is no secret that Sakshi is a big follower of CSK skipper MS Dhoni and has been by his side for years. After Dhoni made a competitive comeback to cricket after 437 days, Sakshi was overwhelmed. What made things better was the fact that CSK won the match by five wickets to get their campaign off to a winning start. It was not just a joyous moment for Sakshi but for Dhoni’s umpteen fans across the world. Also Read - KKR vs RCB 11Wickets Fantasy Cricket Tips Dream11 IPL 2020: Pitch Report, Fantasy Playing Tips, Probable XIs For Today's Kolkata Knight Riders vs Royal Challengers Bangalore T20 Match 39 at Sheikh Zayed Stadium, Abu Dhabi 7.30 PM IST Wednesday October 21 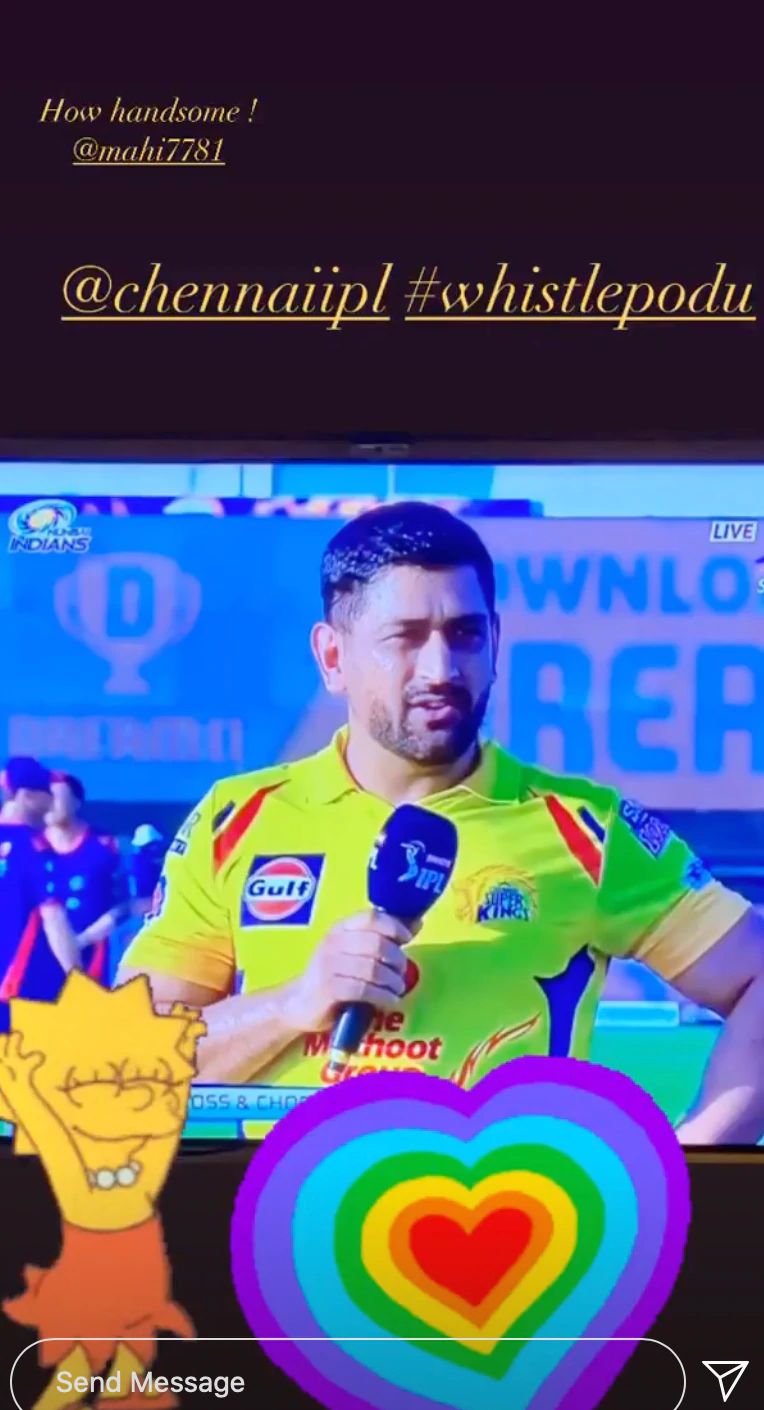 Eyes were on Dhoni – who had announced his international retirement last month – did not disappoint as he looked sharp behind the wicket as a keeper and the leader of the side. Also Read - IPL 2020, KKR vs RCB in Abu Dhabi: Predicted Playing XIs, Pitch Report, Toss Timing, Squads, Weather Forecast For Match 39

From players pulling out of the tournament to players contracting the coronavirus, the CSK outfit has gone through a lot after landing in UAE and this win is just what the doctor ordered.

After winning the toss, Dhoni opted to field first. CSK was disciplined in the bowling department and the fielding was top notch. Dhoni’s men restricted the defending champions to a reasonable 162 for nine in 20 overs. Lungi Ngidi with three wickets to his name was the pick of the bowlers for CSK.

Chasing 163 to win, Ambati Rayudi (71 off 48 balls) starred with the bat and stitched a crucial 115-run stand with Faf Du Plessis to put CSK in the box seat. Dhoni remained unbeaten on 0 at the end but more importantly, CSK had got the win that could go a long way in helping their mindset going ahead in the IPL journey.