South African city Durban is set to be the host city of the 2022 Commonwealth Games (CWG) as the lone contender for the quadrennial, 71-member multisport event. 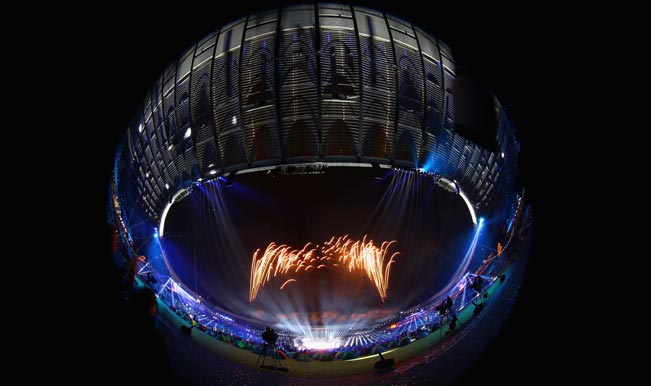 Johannesburg, Mar 1: South African city Durban will move significantly closer to staging the 2022 Commonwealth Games — considered a possible launchpad for an Olympics bid. A short ceremony in London is set to confirm the east coast city as the lone contender to stage the quadrennial, 71-nation multisport event. Also Read - 7 Countries Indians Are Not Allowed to Visit Yet Including Malaysia And Germany

The 600-page, 30-centimetre thick bid book will be handed to Commonwealth Games Federation officials during a brief mid-day ceremony at the official residence of the London Lord Mayor. Bidding for the Commonwealth event is seen as a possible dress rehearsal for a 2024 or 2028 Olympics bid. No African country has hosted either event. Also Read - AB de Villiers Has 'The Desire to Come Back And Play' For South Africa

South Africa have proposed a 12-day Commonwealth Games from July 18 — birthday of the late Nelson Mandela, the first democratically elected president of South Africa. Canadian city Edmonton also wanted to play host to the 2022 Games, but withdrew due to financial constraints. The cost of staging the Commonwealth Games is a sensitive issue in South Africa, where a quarter of the active population is jobless.

Millions of South Africans lack running water and electricity and believe money used to fund the Games should be spent on basic services instead. National government, local government and sports officials are tight-lipped about costs, saying only that the figures will be revealed on Monday.

“The 2022 Games will be affordable. About 95 percent of the infrastructure is in place,” South African Olympic body boss Gideon Sam told reporters before flying to London.

Sam says an economic impact study predicts visitors to the Games would spend 12 billion rand ($1 billion/928 million euros). There would also be revenue from ticket sales and shares of broadcast and sponsorship deals. The Olympic supremo is excited about the likelihood of the Commonwealth Games coming to Africa.

“The time has come for Africa to host these Games. We have the infrastructure.”

Officials stress that the emphasis will be on upgrading existing facilities with only an athletes’ village and a shooting range to be built from scratch. Another cost-cutter is that most of the venues will be within 2.5 kilometres (1.5 miles) of the main Moses Mabhida Stadium, a 2010 FIFA World Cup venue.

“If you look at Durban, the main stadium is in place, the swimming pool is in place, the athletics track is in place. We will follow the 2012 London Olympics lead and use exhibition centres for the indoor sports,” said Sam.

Durban bid committee chief executive Tubby Reddy warned, however, against assuming the deal was done ahead of a September 2 vote in Auckland to decide the 2022 hosts.

“Officials are not voting over one or other city now,” he told reporters, “they are voting over the quality of the bid we are presenting. We are not facing rival bids — we are competing against ourselves. I believe we have a top-class bid.”

South Africa has successfully hosted the football, rugby union and cricket World Cup tournaments, and there has been much media speculation about an Olympics bid. Reddy cautioned against linking the Commonwealth Games and the Olympic Games.

“The Olympics is a completely different ball game when it comes to costs. To give one example: a Commonwealth Games gymnastics venue requires 5,000 seats, but you need 15,000 for an Olympics.”

Glasgow hosted the 2014 Commonwealth Games and the 2018 edition is scheduled for the Australian Gold Coast.