The second Ashes test starts at 11 AM local time and the rain chance during the same time is 61%.

The guests find themselves in a quiet comfortable space after overcoming all the initial hurly-burly surrounding the Ashes. Australia not only defeated England in the first test but dismantled the pre-conceived notion that the hosts would complete a successful summer with an Ashes victory after the World Cup. With Steve Smith scoring centuries in both innings and winning the match alone for his team, the mental aspect of the contest was also won by the team from the down under.

Joe Root & Co., on the other hand, are in all sorts of trouble one can expect. With bowling mainstay James Anderson set to miss the second test, the concerns are piling up further for the ‘Three Lions’. England were in the game till the third day of the first test but as Steve Smith took control of the fourth day, their performance took a drastic turn. The bowlers looked clueless in front of Steve Smith and the batsmen stood no chance against the vicious turns of Nathan Lyon. The home team would be desperate to stage a turnover and go level with Australia. Also, Jofra Archer is all set to make his test debut and the team would hope the Barbados-born pacer weaves his magic as he did in the World Cup.

TOSS – The toss between England and Australia will take place at 3.00 PM!

The weather forecast for the first day doesn’t share any good news as AccuWeather has predicted a fair chance of rain during the initial hours of the day. The match starts at 11 AM local time and a 61% chance of rain has been predicted between 10 AM to 12 PM. However, it does decrease to some extent in the following hours but even those numbers can cause heavy rains. 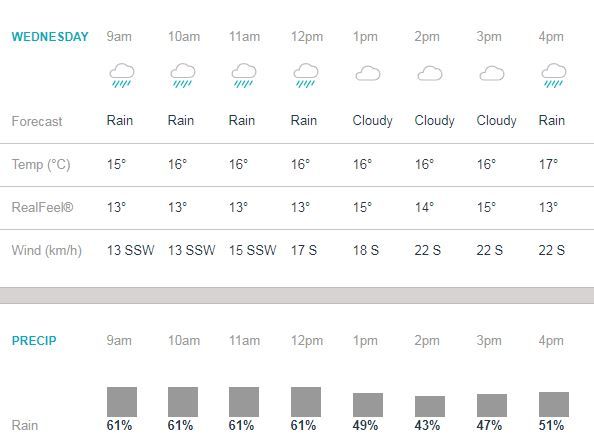 The Lord’s track has always been a lively one and it can be expected to remain the same. However, with overcast conditions on offer the bowlers shall get some natural assistance. The captain winning the toss would look to field first as batting against the new ball on day 1 would not be comfortable.