His 85-ball hundred, the fastest Test century ever scored at Lord's in terms of balls faced, played a key role in turning the tide of the series opener 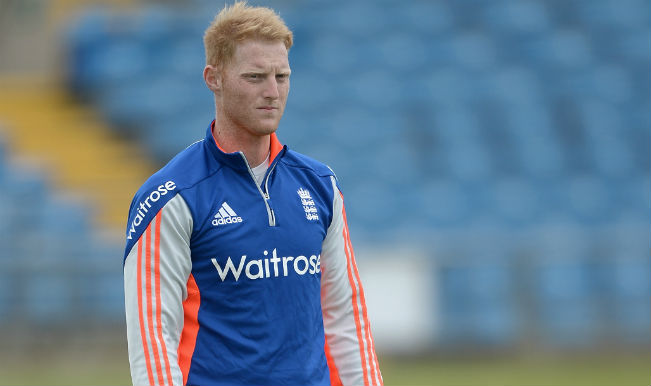 Leeds (UK), May 28: Ben Stokes will find himself the centre of attention when England face his native New Zealand in the second Test at Headingley on Friday. His 85-ball hundred, the fastest Test century ever scored at Lord’s in terms of balls faced, played a key role in turning the tide of the series opener, which England won by 124 runs to go 1-0 up in the two-match contest on Monday. The 23-year-old had already helped rescue England from the depths of 30 for four in their first innings by making 92 while adding 161 with Joe Root (98). And, just for good measure, the Durham man, who came to England with his family as a 12-year-old, took three for 38 on Monday’s final day, including the wickets of danger man Kane Williamson and New Zealand captain Brendon McCullum in successive balls. (READ: Joe Root and Ben Stokes help hosts bounce back) Also Read - IND vs ENG: Ben Stokes, Jofra Archer Return as England Announce 16-member Squad For First Two Tests Against India

But Root, like Stokes one of several young players who shone for England at Lord’s including debutant fast bowler Mark Wood, is confident the all-rounder won’t get carried away with the hype that followed his second Test century, which came some 18 months after his first, in Perth. “He will be fine,” said Root of Stokes. “When he is batting, he is a free spirit; he goes and plays his shots and puts sides under pressure. “Even in times of struggle, when we are 30 for four, he came out and put them on the back foot,” vice-captain Root added. Also Read - Never Ever, Ever Underestimate The Indians: Justin Langer After Series Defeat

“It will not work every time and could have looked slightly reckless if it didn’t come off. “The key for him and the rest of us now is to make sure it is not a one-off and go on and do it again this week.” The first Test was notable too for a marathon innings of 162 by England captain Alastair Cook that left the opener just 32 runs shy of overtaking Essex mentor Graham Gooch’s England Test runs record of 8,900. So it was no surprise that new England coach Trevor Bayliss, who will take over in time for the Ashes, was heartened by what he had seen.