10 State-of-the-art, gorgeous stadiums across France will play host to the 24 teams that will take part in Euro 2016

France have spent lavishly on the stadiums across the country ahead of the Euro 2016 tournament. The new stadiums in Saint Etienne and Bordeaux have been picked for their brilliant artistry and modern day facilities. There are some old stadiums that are a part of the list too. It will be interesting to see how the teams fare in the tournament. There was heavy rain in France ahead of Euro 2016. That should not deter the teams from playing a good, attractive brand of football, going by the history of how thing have panned out in France in the past. Euro 2016: Complete Fixtures and Time Table Also Read - Spain, France, Italy Among The World's Safest Countries - Where Does India Stand?

There is a good amalgamation of aesthetics in the stadiums in France. The architecture and the noise levels also differ from one stadium to the other. That perhaps, has a lot to do with the culture of the city and the size of the stadium. For the ones following Ligue 1 closely would vouch for Marseille’s Stade Velodrome being the noisiest, most intimidating of all the grounds in the country. It remains to be seen how Bourdeaux’s new stadium works during the tournament. The most iconic of them of them all has to be Parc des Princes. Also Read - Belgium vs France Live Streaming UEFA Nations League Semi-Final in India: When And Where to Watch BEL vs FRA Live Stream Football Match Online on SonyLIV, JIOTV; TV Telecast on Sony Ten

Apart from the venues, each of the teams were assigned a base camp ahead of the tournament. As many as 66 base camps were assigned for the 24 teams participating in Euro 2016. Here is a look at all the venues: Also Read - International Flights: Vistara Announces Flights to Paris From Delhi From Nov 7 | Check Full Schedule, Ticket Price Here 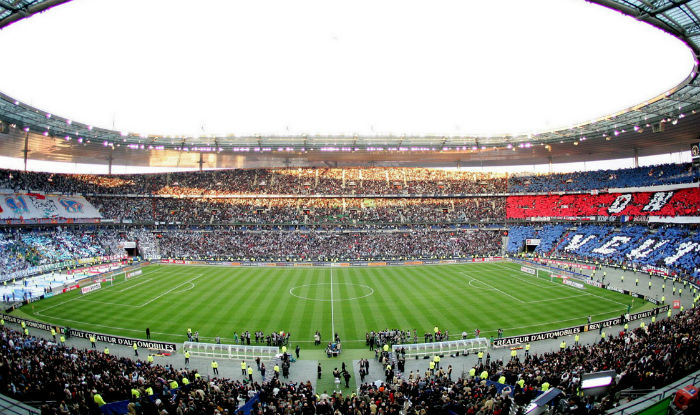 The stadium’s completion was in 1995, just three years before the start of the World Cup, which France won on this very ground. And this stadium played hosts. Stade de France was built as a result of the country winning the bid for the aforementioned World Cup. Since then, it has played host to all the important games and is also the home ground of the Paris-based Ruby Union sides. With a seating capacity of over 80, 000, major concerts are also held at this colossal stadium. It is easily the most state of the art ground during the tournament. The opening match of Euro 2016, between France and Romania will be played here and so will 3 other group games, 1 round-of-16 match, 1 semi-final and the Final. 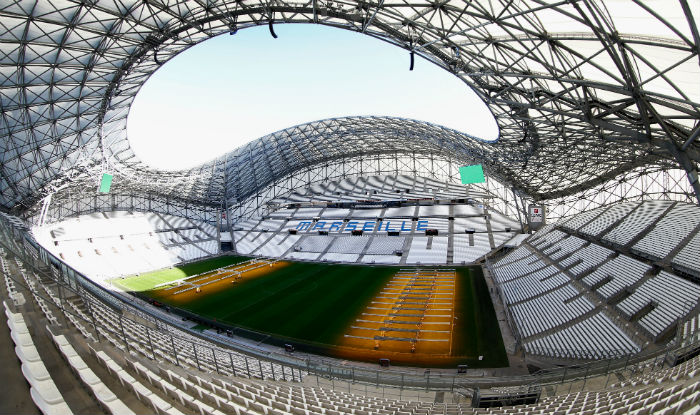 When packed to capacity, Stade Vélodrome is a sight to behold during Marseille’s league games. Things will be a lot different during Euro 2016 though. The stadium will go on to become the first to host three Euro semi-finals, having also been a part of the 1960 and 1984 editions. There will be four group games that are played here, apart from a quarter-final and a semi-final. In recent years, the capacity has increased dramatically with almost 270 million Euros spent on the stadium’s capacity moving up from 42, 000 in the 1990s to 67,000. Velodrome is also a multi-purpose stadium. 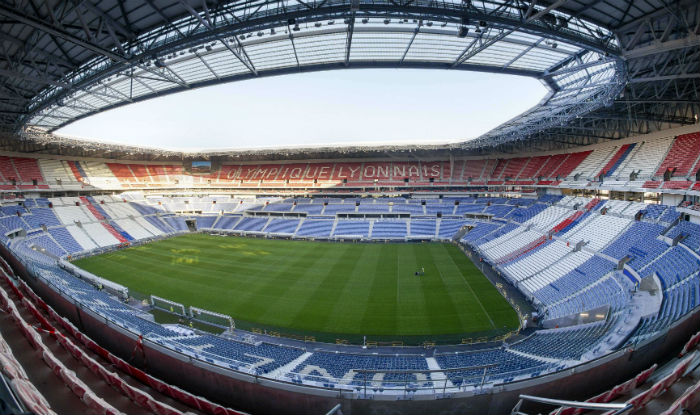 Lyon moved to this brand new stadium only months ago, away from Stade Gerland, where they clinched many a title in the decade gone by. Located in the suburb of Decines, around 80 Million of public m0ney was used to build the stadium, which was open to public only since the turn of the year. The Lyon stadium will host four group games, 1 Round of 16 game and 1 Semi final fixture. There are two hotels and a leisure centre in the premises of this sporting complex 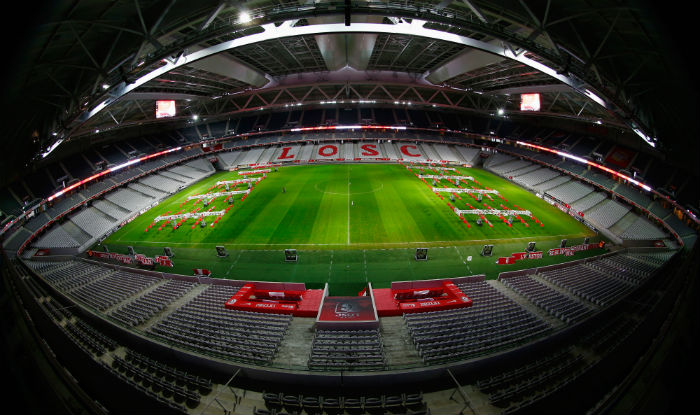 The stadium belongs to the 2011 Ligue 1 champions, Lille and it also adds to the list of multi purpose stadiums that are found across France. Like Parc des Princes, this stadium also occasionally hosts Rugby Union matches. Stade Pierre-Mauroy has two levels and also has an indoor complex. There are concerts that are held from time to time and is also recognized as a 5 star stadium by UEFA, and is expected to raise the profile of LOSC Lille by several notches in the forthcoming years. 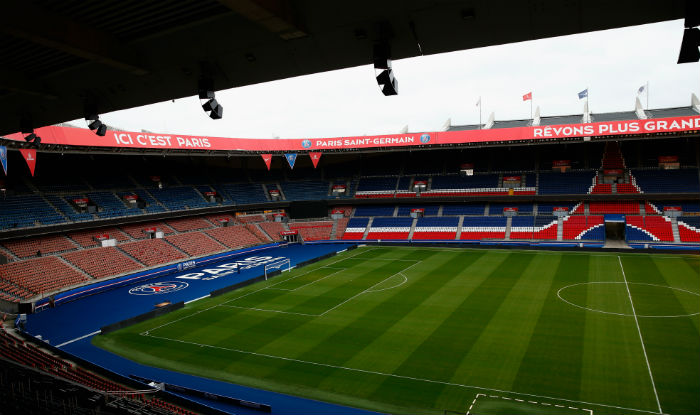 Parc des Princes has so much history and makes for a captivating story for the way the stadium has evolved over the years. It has seen so much of France’s sport evolve over the last century or so. For many decades, this was the most iconic ground in the country. Paris Saint-Germain play their matches here. Despite having a capacity much lesser than some of the other grounds, the noise levels can be deafening from the Oval. There be four group games and a Round of 16 match that will played here. 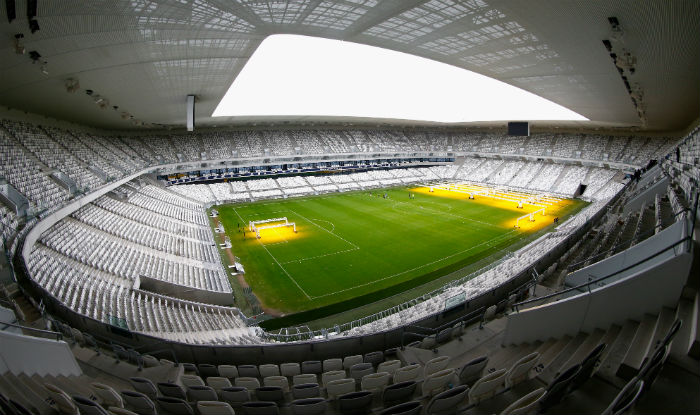 This is another stadium that is a part of a new wave of stadiums that were built keeping Euro 2016 in mind. Bordeaux moved to this new stadium in 2015. It will be one of the smaller stadiums in Euro 2016, as it can hold just a little more than 40,000 people. France have only played a solitary International game here and will host five matches in the tournament; 4 group games and 1 Quarter Final match. 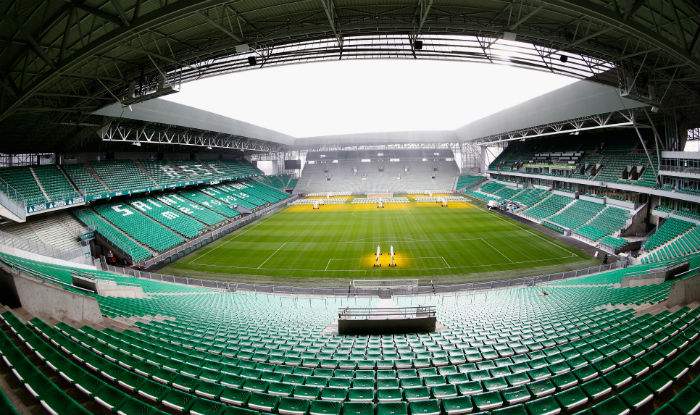 Stade Geoffroy-Guichard has also been around for a long time in France’s chequred history and played hosts to the England vs Argentina, Round of 16 match during the 1998 World Cup. The stadium has an English ground like look to it and will host three group games and a Round of 16 game. 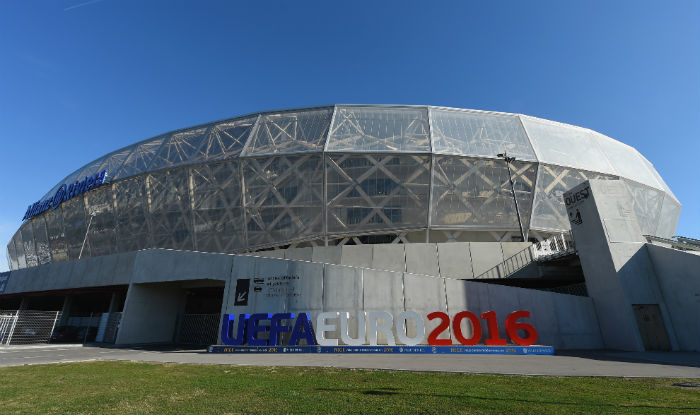 Yet another beautiful, new stadium in France but unfortunately, the club using the stadium, Nice’s poor showing has deprived the Ligue 1 fans of seeing Allianz Riviera on a regular basis. The completion of this ground was almost abandoned half way through but France’s successful bid for the Euros ensured that the stadium was built before the Euros got under way. There will be three group games and a Round of 16 game that will be played here. 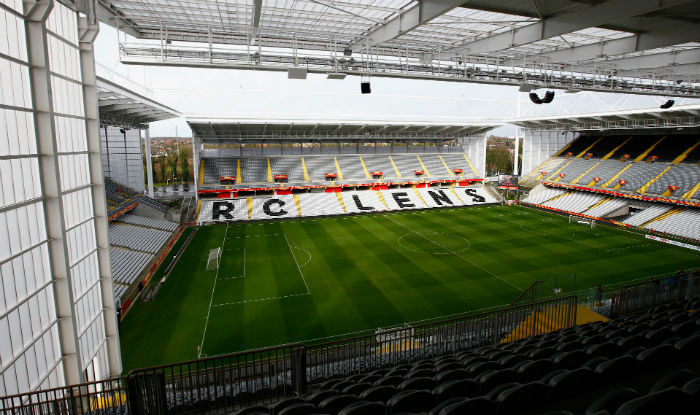 This is an easily recognizable stadium and it has been happy hunting ground for the host nation here; they are unbeaten in each of the eight games they have played in this ground. The stadium’s capacity is around 4,000 more than the town’s population. There is an old world charm about the Lens stadium. 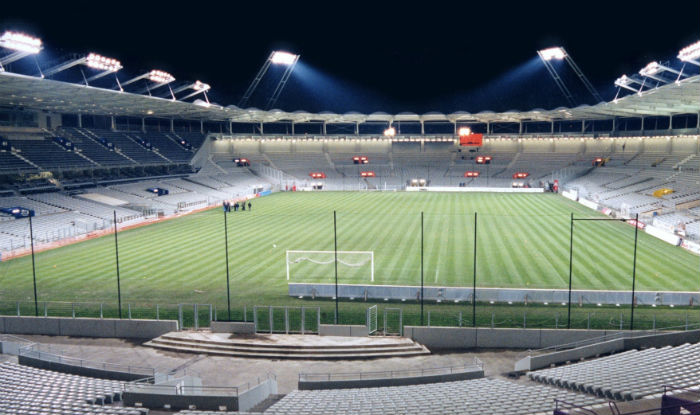 Despite hailing from a big city, Toulouse has quite a modest stadium but it has gained in popularity over the last decade through its multi-purpose activities. Located in a Rugby crazy part of France, there is quite a bit of activity when the Top 14 League is on. As for the Euros, there will be three group games and one Round of 16 game is little more popular than what Michael Jackson made it famous for in the early 1990s.