Harry Kane and Neymar also find a place in the top 10 goalscorers list. 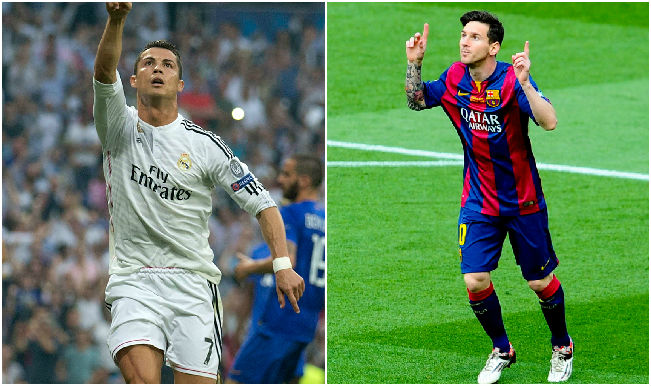 Also Read - Lionel Messi Misses Out On FIFA 21 Team Of The Year's Starting XI For The First Time Ever; Cristiano Ronaldo, Robert Lewandowski Find a Place

The race for the European golden shoe now has a clear, almost definitive picture with Cristiano Ronaldo surging past Lionel Messi. The manner in which the Spanish La Liga started off, it looked like there would be some daylight between the Portuguese maestro and the rest of the pack — Ronaldo was in record-breaking form early in the season. His form fizzled off towards the early part of the new year. That was where Lionel Messi and co caught up him. It is highly unlikely that the Barcelona goal-machine would end up scoring five goals in the UEFA Champions League final against Juventus but one can be rest assured that he will make an impact and probably score a goal or two. Also Read - Czech FA Claims Cristiano Ronaldo Still Not Top-Scorer as Josef Bican Netted 821 Goals

Neymar has also had a stellar season and finds a place in the table. However, it is the points, not goals that matter in the race and as a result, Sergio Aguero, despite scoring fewer goals finds himself behind Ronaldo and Messi. With an overwhelming ex-Barcelona representation across Europe among managers, players are not far behind either. Striker Jonathan Soriano, now playing for Red Bull Salzburg has been plundering goals for fun for the Austrian club and his 30 goals helped them become champions. Also Read - Cristiano Ronaldo Overtakes Josef Bican's Tally to Become Football's Top Goalscorer as Juventus Clinch Italian Super Cup

There have been many other top names who unfortunately don’t make the cut. Carlos Tevez and Diego Costa were outstanding for their respective clubs. However, England had another representative in Tottenham Hotspur’s fleet footed Harry Kane, who had a breakthrough season. Two Frenchmen — Atletico Madrid’s Antoine Greizmann and Olympique Lyon’s Alexandre Lacazette exploits have attracted a beeline of suitors.

There are two young strikers whose stupendous contributions to their respective teams have failed to get noticed. Memphis Depay’s 22 goals led PSV Eindhoven to the Eredivise title and Manchester United wasted no time in snapping up the Dutchman. Top clubs are after the 24-year-old Slovenian despite Soriano walking away with all the plaudits in the Austrian Bundesliga.