Abbott arrived at the Macksville funeral supported by his girlfriend Brier. He signed the condolences book before heading inside. 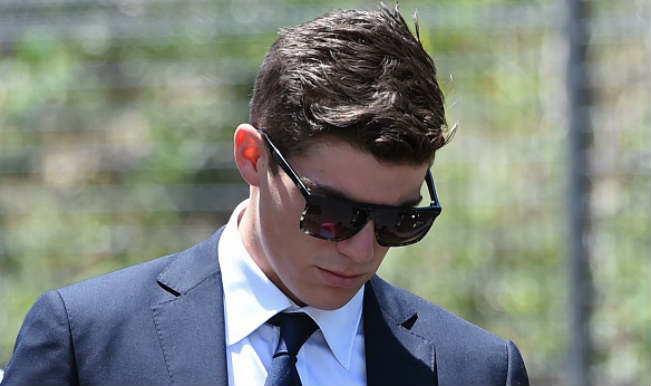 Sydney, Dec 03: As family, friends, former teammates and cricket greats gathered in thousands at Macksville on Wednesday for late batsman Phillip Hughes’ funeral, a heartbroken Sean Abbott, who delivered the bouncer that turned fatal for the late star, was also attended the funeral to pay his respects. Also Read - India vs Australia: Injured Sean Abbott Ruled out of 1st Test, Moises Henriques Added to Squad

Abbott arrived at the Macksville funeral supported by his girlfriend Brier. He signed the condolences book before heading inside. It is the first time on Wednesday that Abbott would have seen the Hughes family since the batsman passed away two days after being struck in the head by a bouncer last Tuesday at the SCG during a Sheffield Shield match, News.com.au reported. Also Read - Nathan Lyon Warns Australia Isn't Guaranteed Series Win Just Because Virat Kohli Will Play One Test

The Hughes family has promised to greet Abbott with open arms. And they have also led the chorus of support for the young bowler that has spread around the cricketing world since the accident, with Hughes’ sister Megan spending significant time with Abbott at the hospital as her brother’s life hung in the balance.