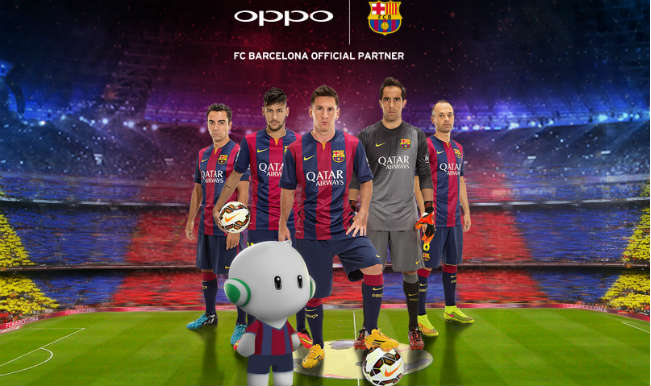 After clinching Copa del Rey with a 3-1 win over Athletic Bilbao, FC Barcelona have announced their partnership with Smartphone brand OPPO. Beginning from the new season this year, OPPO will be collaborating with FC Barcelona as their official partner for the mobile phone category. Also Read - Barcelona Coach Ronald Koeman Insists There's No Dispute With Lionel Messi

FC Barcelona Chief Executive Officer Ignacio Mestre expressed his views on the partnership, stating “OPPO is a global leading smartphone brand known for its exquisite product design and state-of-the-art camera technologies. We are more than happy to welcome OPPO to our family and hope this partnership can bring us closer to our supporters all over the world.” According to Tony Chen, CEO of OPPO, the company chose FC Barcelona not only because of their status as a global iconic football club, but also because they represent the art of football. The partnership with FC Barcelona will be an important step in OPPO’s global marketing strategy. Also Read - Memphis Depay All Set to Join Lionel Messi at FC Barcelona, Announcement Expected This Week: Report

OPPO, founded in 2004, is one of the leading global technology brand across the Americas, Africa, Europe, Oceania, and Asia. Oppo entered Indian markets with their flagship device OPPO N1. And now after successfully launching various models the company is looking to set up a manufacturing unit in India as well. Also Read - Lionel Messi Takes Part in Barcelona Training For The First Time Since Transfer U-Turn