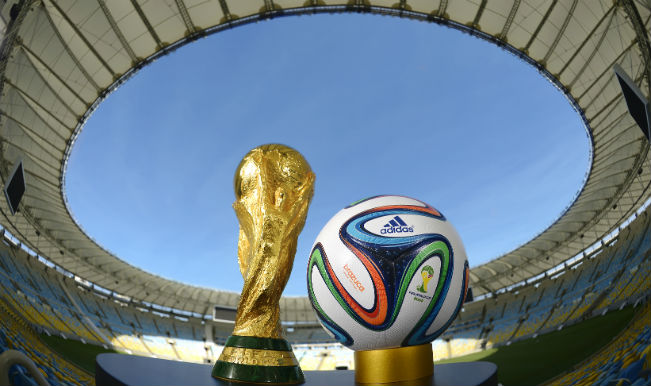 FIFA World Cup 2014 is upon us all! It’s the biggest event in the world! It will be the 20th FIFA World Cup and will take place in Brazil from June 12 to July 13 2014. This will be the second time that Brazil will host the competition, the previous being in 1950 which was won by Uruguay. (Read: 50 Most shocking moments in World Cup history)
Also Read - Kerala Plus One Improvement Exam 2020 Date Sheet Released at dhsekerala.gov.in

The FIFA World Cup 2014 will see a total of 64 matches which will be played in 12 cities across Brazil. For the first time ever, at a World Cup Final, the matches will use goal-line technology. So can reigning World Cup champions Spain defend the title? We’ll have to wait and find out.
Also Read - Maharashtra HSC, SSC Exam Schedule 2020: Time Table For Class 10, 12 Released on Official Website at www.mahahsscboard.in

Have a look at the FIFA World Cup 2014 Groups below: Also Read - I-League 2018-19: Full Schedule, Teams, Venues, Live Streaming And All You Need to Know

The group winners and runners-up advance to the round of 16 (Second Round). The opening game of the 2014 Fifa World Cup will see hosts Brazil play Croatia on June 12, 2014. Here are the timings and match schedule for the FIFA World Cup 2014:

For the FIFA World Cup 2014 Schedule in IST click here