There will be no official theme song for the France team during the 2014 World Cup finals, the French Football Federation (FFF) said on Thursday. 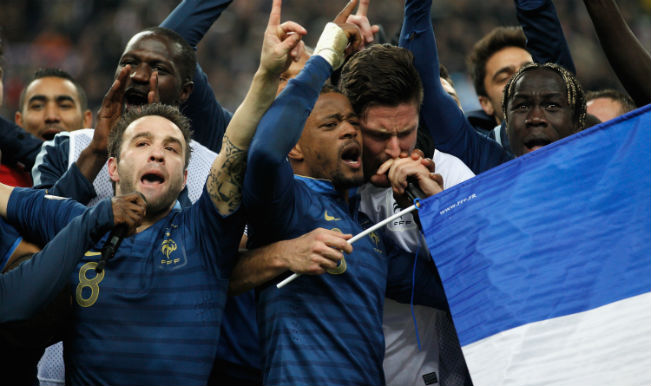 “Following numerous songs released in recent days on the theme of the World Cup in Brazil, the FFF wishes to clarify that it will not bestow on any of them the title of official anthem of the France team,” the FFF told AFP. Also Read - 'Freedom is a Precious Commodity': French Minister Defends Topless Sunbathing After 3 Women Were Asked to Cover Up

Other national sides have opted for an official song with singer Stromae’s “Ta fête” (Your Party), the official song for Belgium for the 2014 World Cup.