FIFA World Cup 2018: All You Need To Know About Peru

Peru ended their World Cup campaign on the third position of the points table of Group C of the FIFA World Cup 2018.

The South American nation ended a 36-year World Cup drought by qualifying for Russia after finishing fifth in the South American group and then overcoming New Zealand in the intercontinental play-off. Also Read - Pele Backs Kylian Mbappe to Become Best Player of His Generation, Says French Forward Can Emulate His Tally of 1000 Goals

Chile, Ecuador and even Paraguay were initially considered more likely to take South America’s fifth spot in the World Cup. But in the end, it went to a Peru side that conceded only seven goals in eight matches in 2017. Also Read - Manchester City Striker Gabriel Jesus Reflects on His Dipped Form Following World Cup Campaign

Peru headed to Russia with their talismanic captain Paolo Guerrero after almost missing him due to a doping ban. The 33-year-old, who has been capped 86 times by his country, scored six goals in qualifiers. 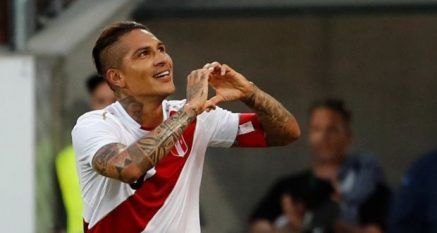 His hopes of playing at the World Cup appeared to have been dashed by the doping ban, which was overturned after the captains of France, Denmark and Australia — the other teams in Group C — appealed to the Court of Arbitration for Sport (CAS).

Peru ended their World Cup campaign on the third position of the points table of Group C of the FIFA World Cup 2018.

They lost their two opening matches against France and Denmark. However, they ended their campaign with a win against Australia.