FIFA World Cup 2018: All You Need To Know About Russia

Russia will face the former world champion Spain in the next round of the FIFA World Cup 2018 on July 1, Sunday at Luzhniki Stadium.

Starting the World Cup campaign as the weakest side, Russia stunned the entire football world by qualifying in the next round of the FIFA World Cup 2018.

In their last three major tournaments — the 2014 World Cup, the 2016 European Championship and the 2017 Confederations Cup — Russia have managed just one victory, three draws and five losses.

Even in the International friendlies, despite having won only one match out of six, they started their World Cup campaign by thrashing Saudi Arabia with 5-0 in the opening game of the football’s flagship event. Then, they beat Egypt by 3-1 and lost to Uruguay by 3-0 in the Group Stage of the tournament. 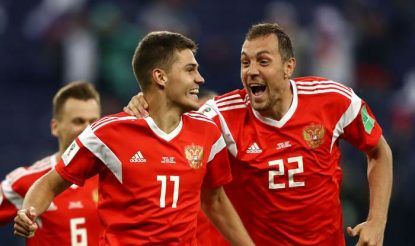 Russia Qualified for the next round

Player To Watch out 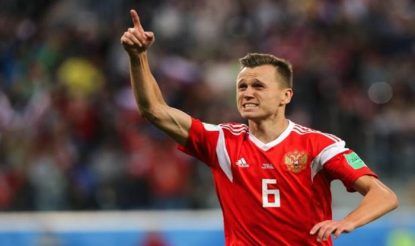 Denis Cheryshev, the midfielder has lightened up the tournament for the host nation, with three goals in their three Group Stage matches and is now among the top scorers of the tournament. Starting from the bench in the opening match against Saudi Arabia, he scored two goals and led the team to their first victory after a series of loss in previous fixtures. Moreover, he also scored a goal against Egypt in their second game and made possible for the team to seal their spot for the round of last 16.

Russia will face the former world champion Spain in the next round of the FIFA World Cup 2018 on July 1, Sunday at Luzhniki Stadium.