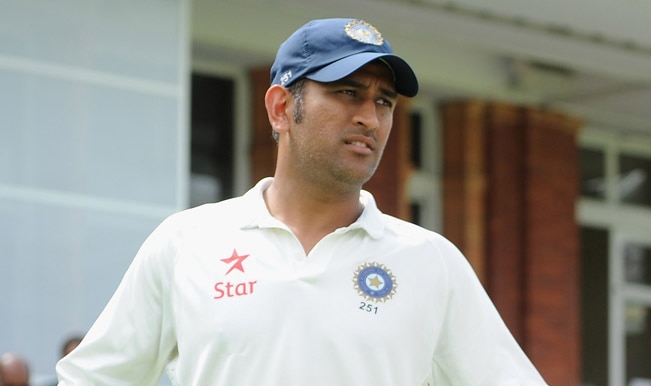 Mumbai: Former Test cricketers Chandu Borde, Ajit Wadekar and Dilip Vengsarkar have expressed surprise at Mahendra Singh Dhoni‘s decision to quit the longer format of the game with immediate effect with one more match to go in the four-game series against Australia. However, both Borde and Wadekar said the decision was understandable, especially with the country not doing well overseas under Dhoni’s leadership over the last few years. Also Read - T20 World Cup 2021 Points Table After Pakistan vs New Zealand Match; How does a Pakistan Win Benefit India? Explained

“To me it was a real surprise. I thought he will play for one or two more years in Test cricket as he’s a very fit person,” said former captain and ex-chief selector Vengsarkar. Also Read - Rahul Dravid Officially Applies For Team India Head Coach's Post; VVS Laxman Likely to Take Over at NCA

“It came as a surprise, didn’t it, that he quit midstream. It (decision to quit) could have been taken earlier. But perhaps he thought it was the right time to hand over the mantle to the next man. I think he has quit in the larger interest of the game,” Borde told PTI.

Wadekar too felt Dhoni could have waited till the end of the series before announcing the decision.

“The decision was extraordinary. I feel he should have waited till the end of the series (after January 6-10, 2015 fourth Test at Sydney). He has already missed the first Test (at Adelaide because of a prior injury),” Wadekar said. But the former India skipper, who had to quit as captain as well as player in 1974 after his side was humiliated 0-3 in England, said Dhoni’s record as Test captain of late has dipped in overseas conditions.

“His performance as captain overseas in Test cricket has not been good,” remarked 73-year-old Wadekar.

Vengsarkar, while conceding Dhoni’s captaincy record overseas has been “average”, pointed out that he just did not have a bowling attack capable of dismissing rival teams twice away from home.

“His overall record overseas has been average, but India does not have the bowling attack to take 20 wickets in overseas conditions,” the 116-Test veteran said.While Vengsarkar felt that Virat Kohli, who led the team in the opening Test at Adelaide, would cool down with time, the other two former players felt the Delhi batsman should temper down his behaviour.

“Kohli is young and in my opinion the best batsman in world cricket now. He will cool down with passage of time. He has a different body language, like Dhoni,” said Vengsarkar.

“Kohli has young blood, but he needs to calm down a bit. It will help him concentrate better. I wish he controls himself and wish him all the best,” said 80-year-old Pune-born Borde who played 55 Test matches for India between 1958 and 1969.

“He should control his temper. He takes it up as a challenge, but other teammates should not suffer as a consequence,” said Wadekar who played 37 Tests between 1966 and 1974 and led the country to historic wins in away rubbers in West Indies and England in 1971.