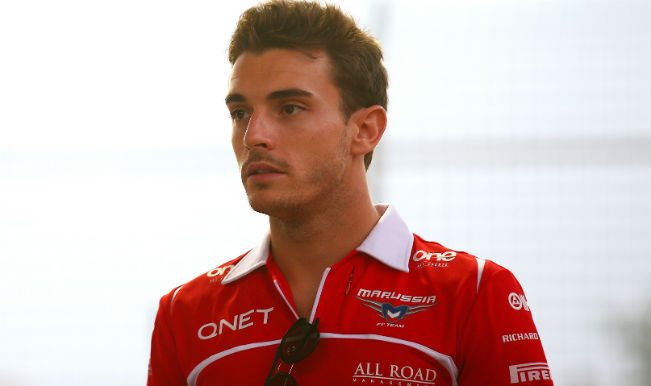 Nice, Nov 19 Formula 1 driver Jules Bianchi has come out of artificial coma and is breathing unaided, his family said on Wednesday. The 25-year-old Marussia driver suffered severe head injuries in a horrific accident at the Japanese Grand Prix on October 5. The Frenchman has been flown from hospital in Yokkaichi, Japan, to intensive care in Nice, France. Also Read - Four-Time F1 World Champion Sebastian Vettel to Join Aston Martin in 2021

However, his condition is still said to be “critical” and he remains unconscious. “Jules is no longer in the artificial coma in which he was placed shortly after the accident. However, he is still unconscious. He is breathing unaided and his vital signs are stable, but his condition is still classified as ‘critical’. His treatment now enters a new phase concerned with the improvement of his brain function,” his family said in a statement. Also Read - F1 Spanish GP 2020: Lewis Hamilton Extends Championship Lead With Dominant Win, Max Verstappen Beats Valtteri Bottas to Claim Second Spot

“Jules’ neurological condition remains stable. Although the situation continues to be serious, and may remain so, it was decided that Jules was sufficiently stable to be repatriated to his native France.”