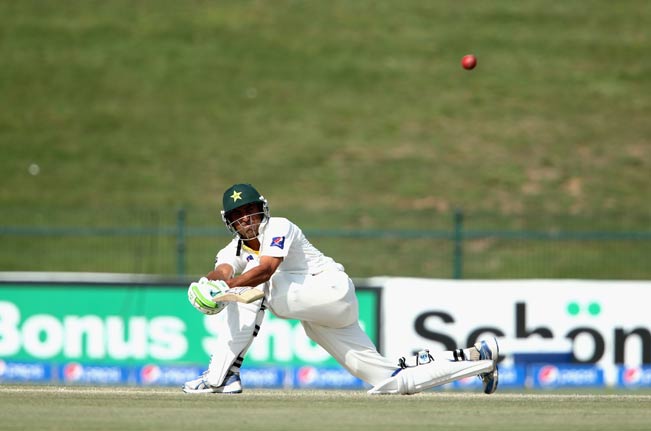 You can watch the Free live streaming and telecast as Pakistan resume Day Two of the third Test match against New Zealand at 281 for three at the Sharjah Cricket Stadium in Sharjah on Friday after play was called off on Thursday following the unfortunate death of Phillip Hughes. The match is set to start at 11:30 am IST (10:00 am local time) and live telecast in India will be on Ten Cricket and Ten HD. Live streaming links will be available on Ten Sports’ official website. Viewers based in Pakistan can stream the match online at PTV Sports’ official website. Also Read - India Pushes For Pakistan to Remain on FATF Grey List, Says Pak Continues to be Safe Haven for Terrorists

Pakistan skipper Misbah-ul-Haq won the toss and elected to bat first. Openers Mohammad Hafeez and Shan Masood got off to a good start, putting up 44 runs for the first wicket. Hafeez continued in brisk form despite the fall of Masood’s wicket. Runs were drying up from the other end even as Hafeez went on to slam a brilliant century. He remained unbeaten on 178 at the end of Day one, with skipper Misbah-ul-Haq giving him company at the other end, batting on 38. Also Read - Pakistani Money Heist Titled '50 Crore' Triggers Hilarious Meme Fest on Twitter, Fans Call it 'Sasta Version'

Day two was suspended after Australian batsman Phillip Hughes passed away following an injury on his head due to a bouncer. As a mark of respect the two teams didn’t take the field and the match will be extended by another day.