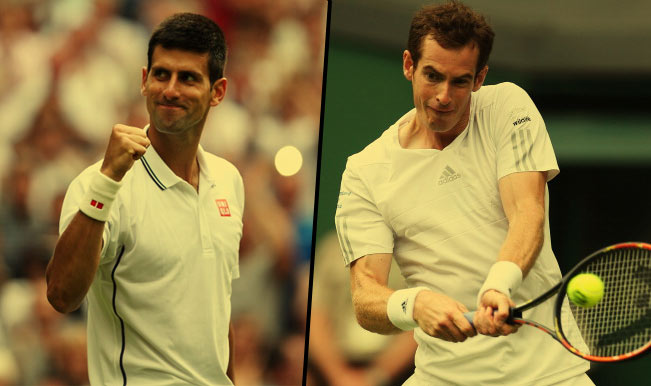 Djokovic, seeking to win his maiden Roland Garros title, took just one hour and 45 minutes to wrap up the match on Thursday.
It is the only Grand Slam title to evade the superstar, despite winning the Australian Open five times, Wimbledon twice, and the US Open once throughout his career. (ALSO READ : French Open 2015: Sania Mirza-Bruno Soares knocked out in opening round of mixed doubles) Also Read - ATP Finals 2020 Results: Novak Djokovic Beats Diego Schwartzman in Straight Sets to Begin Campaign With Big Win

Nole will be playing against Australian Thanasi Kokkinakis, 19, who defeated compatriot Bernard Tomic 3-6, 3-6, 6-3, 6-4, 8-6 in a marathon match that lasted for three hours and 33 minutes. Djokovic’s third round match will be his first against the Aussie. Murray, who won two clay tournaments — Munich and Madrid — this year, will play against Australian Nick Kyrgios in the third round of Roland Garros. In spite of a setback in the second set, Murray was able to come back to win the match on Thursday. Kyrgios qualified after his British opponent Kyle Edmund withdrew from the tournament.