Novak Djokovic and Rafael Nadal remain on course for a quarter-final clash at the Roland Garros. 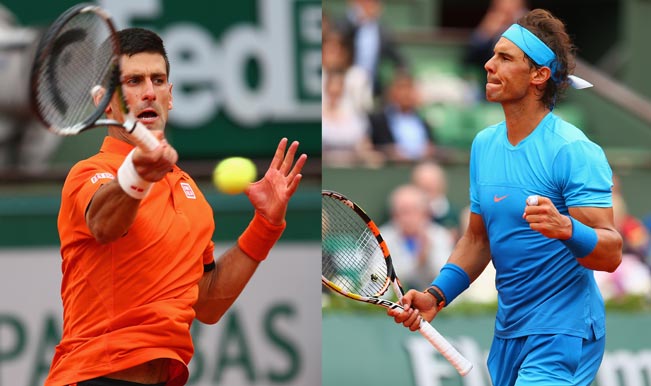 Novak Djokovic breezed past Jarkko Nieminen while Rafael Nadal out-muscled teenager Quentin Halys to enter the second round of the of the ongoing French Open in Paris. The 28-year-old Spaniard won 6-3, 6-3, 6-4 in one hour and 50 minutes, as he began his quest for his 10th title at Roland Garros, the BBC reported. Also Read - Not CR7 or Lionel Messi, Rafael Nadal's Favourite Footballer is Brazil Legend Ronaldo

Nadal has been placed in the same half of the draw as top seed Novak Djokovic, who beat Jarkko Nieminen 6-2 7-5 6-2. After an easy first set, Djokovic suffered a scare in the second set, where he trailed 5-1 at one point, before ultimately coming through with a strong performance. After the match, the BBC reported that the current world number one, speaking in French, said that he hopes to get the confidence has had since the beginning of the year to prevail in the tournament, the only Grand Slam he has yet to win. Djokovic is likely to face Gilles Muller or Paolo Lorenzi in the next round. Also Read - Australian Open 2021 Delayed Due to COVID-19, Set to Begin From February 8 in Melbourne: ATP