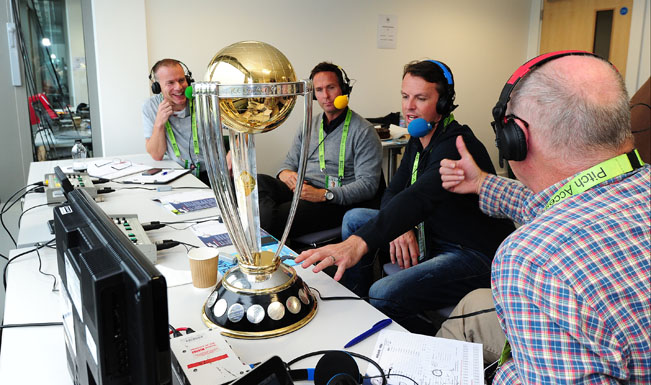 BRISTOL, August 25, 2014 – Graeme Swann believes England “do not have a cat in hell’s chance” of winning next year’s World Cup unless they add more firepower to their top-order batting. Sunday saw England captain Alastair Cook suggest that the team’s prospects for the tournament in Australia and New Zealand were “very good”. Also Read - IND vs ENG: Graeme Swann Asks England to Get Over Ashes Obsession And Focus on 'Unbeatable India'

But former England off-spinner Swann, a member of the side that suffered a 10-wicket thrashing by Sri Lanka in the quarter-finals of the 2011 World Cup in Colombo, was far more pessimistic. Swann, speaking to BBC Radio’s Test Match Special as rain washed out the first one-day international against world champions India in Bristol without a ball bowled on Monday, insisted England were “so far behind other teams” in their approach to the limited-overs game. Also Read - After Failing 157 Times, Man Finally Passes His Learner's Test for Driving

“If he (Cook) truly believes England can win this World Cup . . . I am the greatest patriot there is but we do not have a cat in hell’s chance,” Swann said. Opening batsman Cook’s position in the one-day side has been called into question, with many pundits arguing his orthodox approach, while well-suited to Test cricket, has increasingly little place in a one-day context where big hitters dominate at the top of the order. Also Read - UK PM Boris Johnson Announces England-wide Lockdown Amid New Coronavirus Strain

“I love Cooky totally, but I do not think he should be bothering playing one-day cricket any more. Let young people [play] who want to smash it everywhere,” said the 35-year-old Swann, who played 60 Tests and 79 ODIs for England before retiring during the team’s 5-0 Ashes thrashing in Australia. If the rain had held off in Bristol, England would have given an ODI debut to dynamic Nottinghamshire opener Alex Hales.

The 25-year-old scored England’s first Twenty20 international century when he made 116 not out from 64 balls against Sri Lanka at the World Twenty20 in March. Swann said he would have Hampshire’s James Vince open alongside Hales in the England one-day team, with James Taylor and Surrey’s quick-scoring Jason Roy also in his side.

Of England’s current one-day players, Swann said: “I see Jos Buttler, Eoin Morgan and Alex Hales as World Cup winners, I am not sure the rest of the players are going to be alongside them and win it.” Swann added the selectors had made a huge error in dropping experienced all-rounder Ravi Bopara from the squad for the five-match one-day series with India, labelling his omission as “absolutely crazy”. The second one-day international between England and India is due to take place in Cardiff on Wednesday.