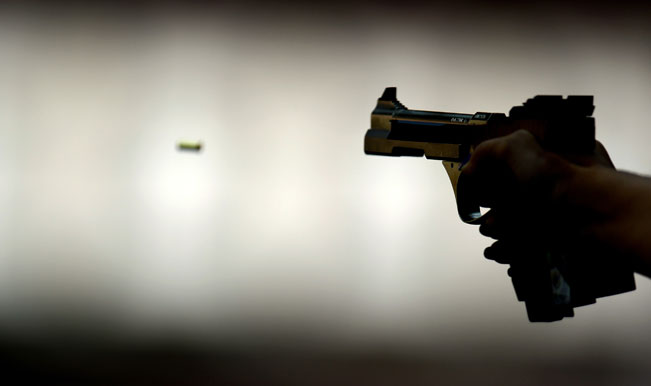 Munich: Armyman Gurpreet Singh on Saturday missed sealing India’s fifth 2016 Rio Olympics quota place by the narrowest of margins when he finished fourth in the Men’s 25-metre Rapid Fire Pistol event at the World Cup (Rifle/Pistol) here. At one stage of the final, the 28-year-old Gurpreet looked set to take the silver before being relegated to fourth post a three-way tie and a shoot-off in the second stage of the final. Also Read - India Records 12,584 COVID Cases in Last 24 Hours, Lowest in Seven Months | Key Points

American Keith Sanderson and Alexi Klimov of Russia finished in silver and bronze medal positions, denying Gurpreet. There were two quota places up for grabs in the event. German gold medal winner Christian Reitz had already sealed his quota earlier and therefore was not eligible here. That meant Gurpreet had to finish among the top-3 to bag the quota. Also Read - Meet Air India's Zoya Aggarwal Who Commanded World's Longest Direct Flight Over North Pole

Earlier, Gurpreet had shot 581 in the qualification round to enter the final as the fourth best shooter, ahead of Sanderson, who qualified in sixth position. This was Gurpreet’s best performance of the year by far after disappointing finishes in the earlier World Cups in Changwon and Fort Benning. This also equals his best finish in all World Cups, post a fourth place finish way back in 2010. Gurpreet is a double Commonwealth Games gold medallist and his other international success has been a bronze at the Asian Championships in Tehran two years ago.

Olympic champion Abhinav Bindra had ensured India their fourth quota place on the opening day of the competition with a sixth place finish in the Men’s 10m Air Rifle event. The other Indian shooters to have already booked Olympic quota places are Jitu Rai, Gagan Narang and Apurvi Chandela. In the other event, the Indian trio of Narang, Chain Singh and Surendra Singh Rathod bowed out from the qualification rounds of the Men’s 50m Rifle Prone event. Chain was again the best finisher among the three, shooting 623 for a 21st place finish while Narang and Rathod shot 615.3 and 612.5, respectively, to finish 63rd and 69th.