Happy Birthday Dada! Sourav Ganguly – The Prince of Calcutta Who Became Maharaj And Lifted Indian Cricket Like no Other Captain

He captained and groomed the team, which were earlier termed as tourists on foreign lands, in a manner that they started beating opponents in their home.

In a cold and breezy London day, when a 24-year-old took guard for the first time, not many in the Lord’s balcony or in the stands could have anticipated that the first chapter of Indian cricket’s future would be unveiled before there eyes. As the cricketing universe looked in awe, Sourav Ganguly went on to score a stupendous debut century in that innings.Also Read - 'Curry C**': Indian Fans Racially Abused in Edgbaston During IND Vs ENG, ECB Promises Thorough Probe

He reached another three-figure mark in the next match to become the only Indian to score two centuries in his first two matches, the first of many records that the Prince of Calcutta would rally on to break as a player and as a captain. Sourav Ganguly, the man who lifted Indian cricket to a level which no other captain dared to, turns 47 today. Also Read - IND vs ENG: Nasser Hussain Hails Jonny Bairstow, Says Have Not Seen Him Play A Single Reckless Shot Of Late

Changing captains in short intervals, Indian cricket was having some tough time on the field during the late 90s. But it stooped to a new low after a spot-fixing scandal broke out in 2000 which alleged few Indian cricketers of wrongdoings in various matches. Captain Sachin Tendulkar, unable to handle the pressure, decided to step down. In a flux, BCCI took an impulsive decision and handed Ganguly the baton of the Indian team. Also Read - IND vs ENG: Jonny Bairstow Opens Up On His Verbal Spat With Virat Kohli

While no one gave him much of a chance, Dada showed the eagerness in his approach in the first meeting with the selectors itself. Handing the selectors a list which had names of unknown and young cricketers like Virender Sehwag, Harbhajan Singh and Ashish Nehra, he told them that he was there to stay and bring changes to the then depleted state of Indian cricket. 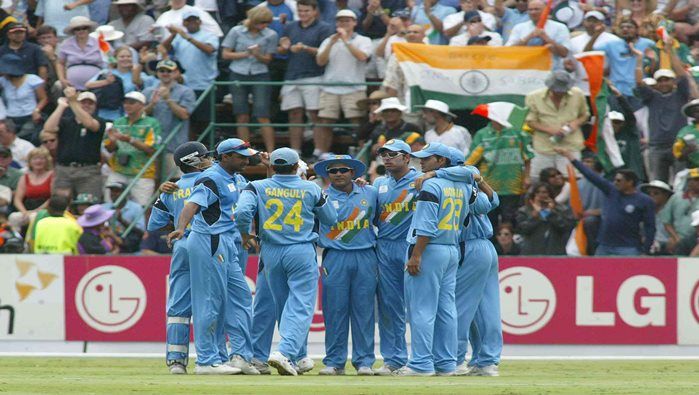 The young Indian team under Ganguly went to the final of ICC World Cup 2003. Image: Twitter.

The rest, as they say, is history, which was witnessed and cherished by millions of Indians. In his first ever series as a leader, the team came on top of a much-stronger South African unit and followed that with a final of 2000 ICC KnockOut Trophy, which India lost marginally to New Zealand. What came next in the following years was the establishment of an Indian captain’s legacy which turned India into a super-power of cricket.

Unlike Ganguly, who had already foreseen the changes in Indian cricket, fans could not get a hold of the evolution they were going through. But the epic comeback in 2001 Eden gardens test, which might well be the most significant phase in Ganguly’s captaincy career, against an Australian side that had not lost their last 11 test shocked the millions of Indian as they cherished in disbelief. 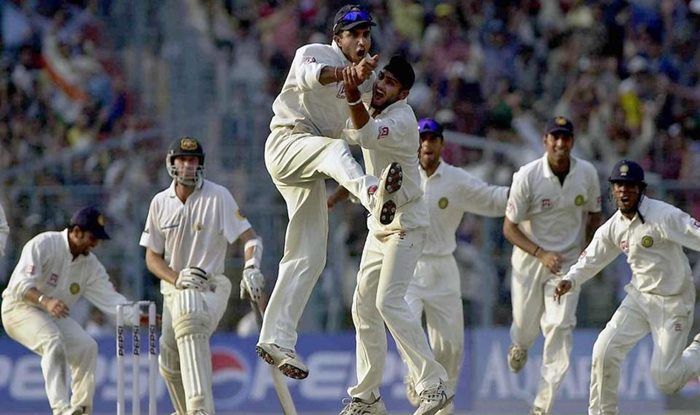 In his captaincy days, Indian cricket has witnessed one after another iconic moment. From making Steve Waugh wait to not thinking twice about shattering an age-old Victorian protocol and taking his shirt off in the Lord’s balcony, Ganguly was the man who forced the world to reckon Indian cricket seriously. He captained and groomed the team, which were earlier termed as tourists on foreign lands, in a manner that they started beating opponents in their home. He still owns the record of being the most successful Indian captain in away conditions.

He could not give India the World Cup that everyone thought he would get for them. But the cricket his team had played still resonates in the mind of millions and many would rage a debate anytime that the 2003 side was much better than the 2011 unit. This debate itself was the gift that Dada gifted to us for most of the players that helped India win the 2011 ICC World Cup had made their debut under him and consider themselves his invention.

Fighting his way with the board and the administration, Ganguly had roped in Greg Chappel as India’s coach, only to see his captaincy taken off and be dropped from the team. Chappell was termed as a visionary who could take Indian cricket forward. But the first vision he had was to sack the man who got him his job. Taking to domestic cricket again and scoring humongous amount of runs, he forced his way into the selectors’ mind. Making a comeback against South Africa in the first test of 2006 series, Ganguly was the highest scorer for India with a gritty 51 not out in a low-scoring first innings. Like the day at Lord’s, he made his mark again on the very first day.

The next few years saw him playing the best cricket of his life, something which has earned his validation by none other than Sachin Tendulkar. In 2008, at his prime, Ganguly shocked the world again and decided to step down. One of the finest limited overs cricketer, he was not getting a place in the ODI squad, and many still believe, that was the reason he chose to part away for he was tired of proving himself again. Also, another perspective tells us that he did not want to be asked by the selectors or the captain to retire in times when he would not fetch results. Anyone who follows Indian cricket would know the circumstances in which cricketers like Rahul Dravid, V.V.S. Laxman and even Sachin Tendulkar had to retire. But Ganguly, unlike any, foresaw the future again and stepped away at his prime when no one dared to ask him anything.