Happy Birthday, Sania Mirza: Mirza is the highest-ranked Indian women’s tennis player ever, reaching a career-best of 27 in singles and No 1 in doubles. Her total career prize money adds up to $ 6,930,345 with a doubles win-loss record of 492-214.

Happy Birthday, Sania Mirza: Recently-turned mother, it seems Sania Mirza is in the best phase of her life as she turns 32 on November 15. It also looks like the Mirza gang had a lot of fun as they got together to celebrate the tennis queen’s birthday. By the looks of it, it seems like the party took place in the United Kingdom. Sania was seen cutting the cake in a black dress as her mother stood beside her. Also Read - Mohammad Hafeez Names His Favourite Top 5 Batsmen of All-Time, Includes Virat Kohli And Sachin Tendulkar in List

Here are a couple of videos that have recently surfaced on social space. Also Read - Umar Akmal Needs to Change His Attitude, Show More Commitment to Play For Pakistan, Says Head Coach Misbah-ul-Haq

Mirza is also a Padma Bhushan awardee and has inspired a whole nation to the sport apart from becoming the symbol of women in the nation. She is also a Rajiv Gandhi Khel Ratna winner.

Mirza is the highest-ranked Indian women’s tennis player ever, reaching a career-best of 27 in singles and No 1 in doubles. Her total career prize money adds up to $ 6,930,345 with a doubles win-loss record of 492-214. 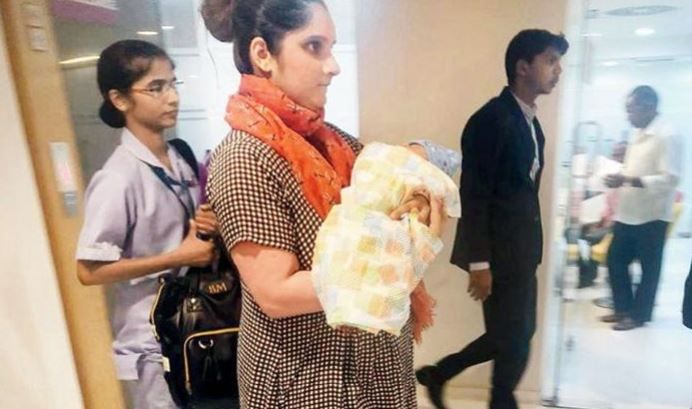 Recently, the world caught the first glimpse of Indian Tennis ace Sania Mirza after she delivered her first child with cricketer husband Shoaib Malik on October 30, 2018. Sania was seen leaving the hospital with her newly-born baby ‘Izhaan Mirza Malik’, which also means God’s gift in Arabic. Recently, the first pictures of Izhaan have been circulating on the internet as Sania was seen leaving the Rainbow Children’s Hospital & Birthright at Banjara Hills where she was admitted for the delivery.