Hardik Pandya is leaving no stone unturned ahead of the World Cup 2019.

India allrounder Hardik Pandya was seen sweating it out in the gym ahead of the World Cup 2019. Pandya has come off an impressive IPL season, where he played a pivotal part in helping Mumbai Indian clinch a record fourth title. Pandya is a big part of the Indian cricket team and with the World Cup around the corner, he is keeping no stones unturned. Pandya was working on his shoulder and core muscles. “No rest days when the World Cup is around the corner,” read Pandya’s caption. Also Read - IPL 2021: Parthiv Patel Makes Sarcastic Comment Against Virat Kohli-led Royal Challengers Bangalore Post, Says Absolute Honour to be Released After Being Retired

No rest days when the World Cup is around the corner 🏆🇮🇳🏋️‍♂️💪

Here are some reactions from his comments section: 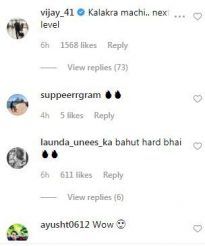 Meanwhile, in IPL Hardik scored at an impressive strike rate of 191.42 which included 29 sixes and 28 boundaries. He is in good touch and if he gets going in the World Cup, India will look a very formidable team.

India would need Pandya to bowl as well, apart from batting.

he could pitch in as the bowler who can give you five overs consistently and once in a while do the entire 0 overs quota. Pandya also has good knowledge of the English conditions which will work in his favour.