Indian Super League is a new football league in India promoted by IMG-Reliance and Star India in association with the All India Football Federation. 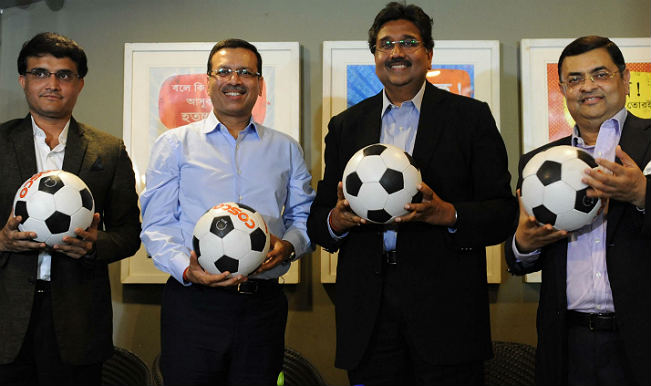 Indian Super League is a new football league in India promoted by IMG-Reliance and Star India in association with the All India Football Federation, commonly known as AIFF. The franchise based tournament which is scheduled to start on 19th September 2014 is based on the lines of Major League Soccer of the United States. Also Read - Durand Cup 2021: FC Goa Beat Mohammedan Sporting 1-0 to Clinch Maiden Title

The renowned two wheeler manufacturer Hero MotoCorp has signed a three year deal with Indian Super League and the league will be called ‘Hero Indian Super League’. Speaking on this occasion, Star India CEO Uday Shankar, added – “The Hero name brings with it credibility, commitment and passion to the cause of sports. I am deeply pleased because Hero and Pawan Munjal are true ambassadors of sports with a commitment that goes beyond sponsorship. It is great to see them take centre-forward position to support ISL and the future of Indian football.” Also Read - ISL 2021-22: SC East Bengal Signs Dutch Midfielder Darren Sidoel

Indian Footballers will be the biggest beneficiary of the Indian Super League as they will be paid much better; the sport will be promoted in a professional manner and the players, support staff and coaches stand to be recognized. The league aims to promote football across India and nurture young Indian talent to take up the sport professionally.

The Hero Indian Super League features eight teams and each team will have a minimum of 22 players in its squad including 14 Indian talent, one marquee player and seven internationals. The teams have started to pick the players from the Domestic Player Draft in a three day event starting 21st July 2014. There are 84 domestic players in this list. Additionally, a team will be allowed to increase its squad by five more playersoutside of the central player pool draft as cover for injured players that may occur during the course of the tournament.

The league is already generating a lot of buzz and has struck the right cord with most of its team owners being the youth icons and renowned faces globally. The Hero Indian Super League will be telecast internationally and may just mark the beginning of the new era in Indian Football.