In a major setback for Indian Hockey, the men's national team chief coach Terry Walsh on Tuesday officially quit from his post after his contractual talks with Hockey India and the SAI broke down but a fresh proposal is still being worked out for the Australian's consideration. 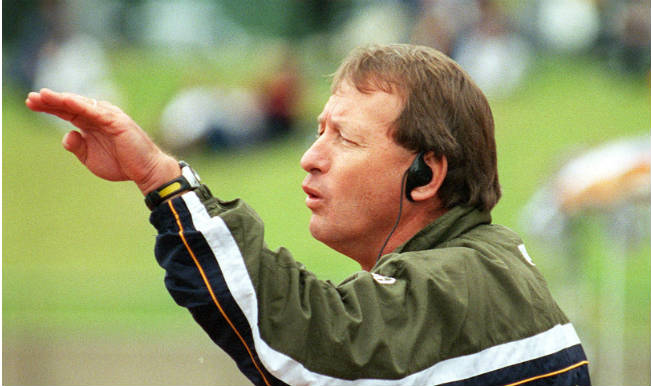 New Delhi, Nov 18 In a major setback for Indian Hockey, the men’s national team chief coach Terry Walsh on Tuesday officially quit from his post after his contractual talks with Hockey India and the SAI broke down but a fresh proposal is still being worked out for the Australian’s consideration. Walsh, whose contract was to come to an end on Wednesday, had already submitted his resignation last month after his demands for a greater say in team decisions and hand-picked support staff were turned down by HI and Sports Authority of India. Also Read - Great to Have a Balance of Youth And Experienced Players: India Defender Deep Grace Ekka

He had been negotiating to stay on board and met Sports Minister Sarbananda Sonowal also this morning along with the three-member panel set to look into his demands. But the talks ended inconclusively, prompting the 60-year-old to head back to Perth without withdrawing his resignation. However, a fresh proposal has been discussed and Walsh expects to get the hard copy of it by a day or two after which only he can take the final decision whether to return or not. Also Read - Crucial Time For India Women Hockey, Each Player Must Work on Raising The Bar: Deepika Thakur

“I have been really excited by the SAI and government’s desire to review and possibly implement small changes to enhance hockey in India,” Walsh said while addressing a press conference here on Tuesday. “Their support in this process has been extremely positive and shows a clear desire to take hockey forward in this country. Change is never easy but without it progress cannot be made,” he emphasised.

“I have become strongly attached to the performance of the players and support staff. With this team there is huge potential and a growing level of performance. I thank them sincerely for their efforts, their trust and most of all their friendship. “But as of last evening I closed my role with the national program. But have just discussed a new proposal and I hope to receive that in the next 24 to 48 hours,” said the Australian, who was appointed India’s chief coach in October last year, replacing fellow Australian Michael Nobbs.

Walsh, however, is still hopeful of a positive outcome to the deadlock and expects to take a final call on the issue by this weekend after studying the new proposal. “I am optimistic. I am an optimistic person because if I didn’t think it was possible I wouldn’t have been sitting here and I wouldn’t have gone through the meetings I went through.

“I m still hoping for a resolution to this situation in the very near future. My case has been discussed today and I need a few days to gather my thoughts,” he said. Admitting to the problem, Walsh said, “Certain things were brought up right at the tail and we just need to move forward on them. The reality is that time is running out, the door is closing and, from my perspective, I resigned on October 19.”

Besides Walsh, a six-member committee, constituted by SAI to study Walsh’s proposals, also met Sports Minister today. Walsh, on his part said he would be looking into the new proposal. “There has been a proposal, which I am waiting to see. When the document comes I will look at it but I am going to take a couple of days away from the program which is really difficult to do at this stage. But I believe if I don’t do that I am not going to be of any use to anybody because all these which is going on has been quite difficult.

Walsh made it clear that his differences were with Hockey India rather than SAI as earlier perceived. “We have reached an impasse in proceedings regarding my involvement with the program but there may be a way forward. This must be finalised between Hockey India and myself.”Walsh completely denied that the alleged financial irregularities when he was associated with USA Hockey as pointed by HI president Narinder Batra was the reason for the deadlock.

“That’s a complete inactual fact. It’s something that came from USA field hockey but which has been solved nearly 18 months ago. It’s a thing of the past, it’s about contractual arrangement where it was agreed that they will use all my software program inside their environment and it just escalated from there,” he said. Asked about the exact bone of contention, Walsh said: “My objective is to spend some time in my Perth office when we don’t have necessary program running in India and that has been misconstrued as holidays and paid leave.”

Walsh’s continuance had become doubtful after reports emerged that he had developed serious differences with HI president Batra. Batra had alleged that Walsh had indulged in “financial fraud” during his stint with USA Hockey and he was reluctant to keep the Australian on board. Walsh said he had a word with Batra on the issue and had clarified his position. “Yes, I have spoken to him and gave him very clear indication that what’s going on in the press in unacceptable and really there needs to be retraction from that perspective.

There is no problem in that area. “I sense that a lot of things are brought on the table quite unnecessarily,” he said. “I am really pleased that SAI and Hockey India are working together at the moment.” . Asked if he was looking for a salary hike, he said: “Yes, that’s a part of it and I’m not hiding that. The team has done extremely well in the last one year and in business and organisations this is what happens. I am not trying to be mercenary about anything. I also believe that domestic coaches should be receiving more salaries than what they do.”
Walsh said the players were shocked when he told them about the present situation. “They were quite shocked. They have been waiting very patiently. I am very impressed with the way they have handled things in what has been a very difficult situation. Before we went to Perth I spoke to them and told them exactly what was going on,” he said. Walsh got a supporter in Indian hockey’s High Performance Director Roelant Oltmans, who feels the Australian’s “work from home” demand was justified but has been misinterpreted.

“There are certain demands to be a coach of India and there are certain periods when you can work from anywhere in the world. For example, coaches do a lot of work on video analysis. In video analysis you need footage, you need a screen and a software program,” Oltmans said. “There are certain practical things like training sessions, competitions, training out Under-21 program, involvement in coach development, involving in national championships which you can’t do from Australia and that’s very simple.

“We have a program and it is very clear when Terry needs to be in India or with the team,” the legendary Dutchman added. If Walsh does not come back, it can be counted as a setback to Indian hockey, considering that the team had been producing good results under him. The team recently won the Asian Games gold medal after a gap of 16 years, which also fetched them qualification for the 2016 Olympic Games in Rio.

Before this, the team had won a silver medal in the Commonwealth Games and most recently defeated world champions Australia in an away Test series. Earlier, a three-member panel had been formed to look into Walsh’s demands but it failed to come to any “conclusion”. The panel comprising former hockey captains Ajit Pal Singh, Ashok Kumar and Zafar Iqbal met Walsh, Oltmans and SAI officials twice but could not come up with a solution to end the logjam. Apart from a greater say in decisions and support staff of his choice, Walsh has also sought 120 days paid leave in a year during which he has committed to stay available over video conference for players.