Ace drag-flicker Rupinder Pal Singh and midfielder S.K. Uthappa were on Tuesday dropped from the Indian hockey team which will take part in the Hockey World League (HWL) Semi-Final to be played in Antwerp, Belgium, from June 20 to July 5. 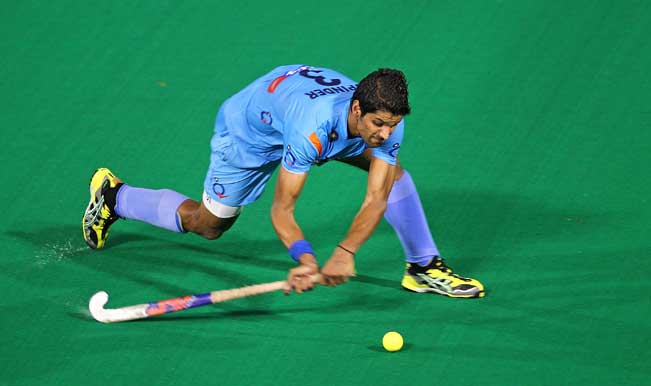 Rupinder, Uthappa, Mandeep and Satbir featured in April’s Sultan Azlan Shah Cup in Malaysia where India finished third and the four-match bilateral Test series against Japan which India won 3-0. However, the squad for the Japan series was an experimental team of 24 which also featured Gurmail, Jasjit, Upadhyay and Walmiki who showed their worth there and made it to the national team. Also Read - Meet Air India's Zoya Aggarwal Who Commanded World's Longest Direct Flight Over North Pole

The HWL Semi-Final will feature 10 teams divided in to two pools. India are placed in Pool A with France, Poland, Pakistan and Australia whereas China, Ireland, Malaysia, Great Britain and Belgium are in Pool B. India will play their first match against France on June 20 before taking on others. The top-3 finishers will qualify for the 2016 Olympics, for which India already qualified by winning the 2014 Asian Games gold. The top-4 finishers will then progress to the HWL Final to be played in India in November-December.

The 18-member Indian squad will be captained by playmaker Sardar Singh, who has to his credit 216 international caps. His deputy will be goalkeeper P.R. Sreejesh.

“The team is full of confidence which they proved in the recent series where they gave Japan a tough time and beat them 3-0. As they will be clashing with the finest teams, the boys are working upon their strategies to put up a good show. The team is excited to face Australia yet again,” India chief coach Paul van Ass said.