Salgaocar Football Club scored an astonishing late 2-0 victory over Dempo Sports Club to relegate the five-time champions in a spellbinding concluding game of I-League at Tilak Maidan here on Saturday. 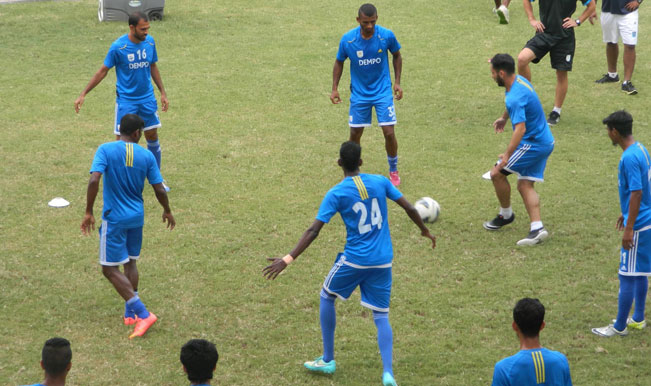 Vasco (Goa): Salgaocar Football Club scored an astonishing late 2-0 victory over Dempo Sports Club to relegate the five-time champions in a spellbinding concluding game of I-League at Tilak Maidan here on Saturday. Dempo, needing a win to save themselves, were dominating all through and tested Salgaocar. They went close on several occasions and Salgaocar made them pay with two goals in added time through Gilbert Oliveira and man of the match Darryl Duffy in the sixth and eighth minute, respectively, of added time. Also Read - I-League 2020-21 to Start on January 9: AIFF

Dempo started with the right intent and had the first look in the third minute itself but a long ranger from Rowilson Rodrigues was parried away by goalkeeper Karanjit Singh. Tolgay Ozbey found the rebound but the Salgaocar defence crowded out the Australian striker. Dempo knew they had to win to be sure of saving relegation and the former champions were hitting the right buttons with relentless attacks. Jewel Raja was put through but his cross was poor. In the eighth minute, there was another chance when the ball was pushed towards the Salgaocar goal but Peter Carvalho’s header was cleared by the defenders. Also Read - I-League Likely to be Postponed to December End in Wake of Coronavirus Pandemic

Salgaocar took some time to get into the groove and it was not until the 14th minute that they had their first chance. Duffy split the rival defence with a through ball that Umesh Harijan tried to finish off but Dempo goalkeeper Laxmikant Kattimani proved equal to the task. Dempo were not to be left behind and Tolgay was proving to be a thorn in the flesh. First he found Alwyn, who ended up with a feeble attempt, and a few minutes later, his own shot was brilliantly saved by the goalkeeper.

Even though Dempo were dominating play, Salgaocar had another chance, again for Harijan but the youngster, playing only his second I-League match, missed the shot completely. Towards the closing stages of the first half, Karanjit almost gifted Dempo the goal, until Zambian defender Francis Kasonde rushed to his team’s rescue.

The agony for Dempo continued when in the 41st minute Tolgay dribbled past a clutch of defenders and took a shot at the goal but the ball hit the post and went out of play. The second half started just the way the first ended. Tolgay (57th) found himself with only the goalkeeper to beat but his shot hit the custodian’s leg and went past the goalpost.

Regular goalkeeper Karanjit had to be replaced for Salgaocar after suffering an injury and his place was duly taken by Subrata Paul. The India captain was called into action and was on hand to effect big saves towards the closing stages. First he put away Uttam Rai’s shot but he was at his best when he denied Francis Fernandes with just eight minutes left.

There was drama when eight minutes of added time were shown. Dempo attacked relentlessly and Salgaocar defended stoutly, and out of nowhere Salgaocar scored, twice! First Oliveira scored with a solo run to break Dempo’s resolve and Duffy made it 2-0 with a lofted attempt.