It will be the 12th meeting of both the side with the team from the Down Under leading the head-to-head tally with a margin of 8-3. They have always dominated India in the mega event with exception on few instances.

India and Australia are set to lock horns against each other, in what is expected to be a blockbuster clash, in the ICC World Cup 2019. Having comprehensively won their first game, Virat Kohli & Co. would look to repeat the same against an enthralled Australia. On the other hand, the Aaron Finch-led side has staged a tremendous revival of their form ahead of the World Cup and have won the two matches they have played so far.Also Read - India to Play 3 T20s At Home Against Australia In September

It will be the 12th meeting of both the side with the team from the Down Under leading the head-to-head tally with a margin of 8-3. They have always dominated India in the mega event with an exception on few instances. Such has been the dominance of Australia that India has managed to defeat them in World Cup only once in the 21st century. However, the Virat Kohli-led side looks balanced in all departments and is expected to win the clash this time. Also Read - IND vs AUS: Women's World Cup Not Over Yet Says Narendra Modi To Australian PM Scott Morrison

Before the high-octane match, we take a look at the several encounters the two powerhouses have been in World Cup. Also Read - Women's World Cup 2022: Australia Enter Semifinals With Six-Wicket Win Over India 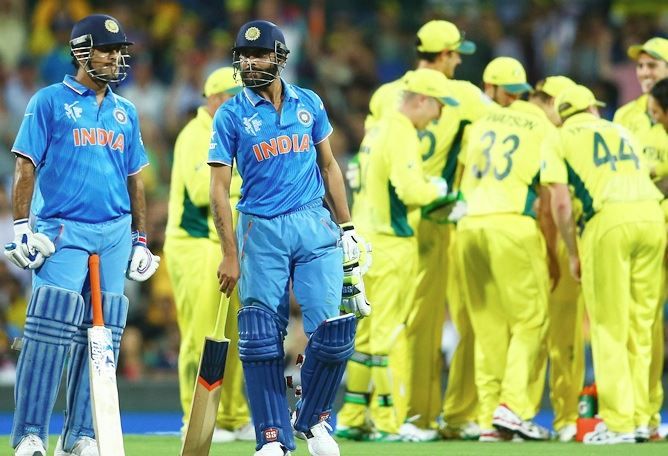 Steve Smith scored a memorable century to help Australia put a commanding total of 328. In the Indian innings, the Australian bowlers put up a spirited performance as all of them contributed with the ball and bowled the Men in Blues out for 223. Skipper MS Dhoni held the fort from one end but it was not enough as the middle-order collapsed badly. 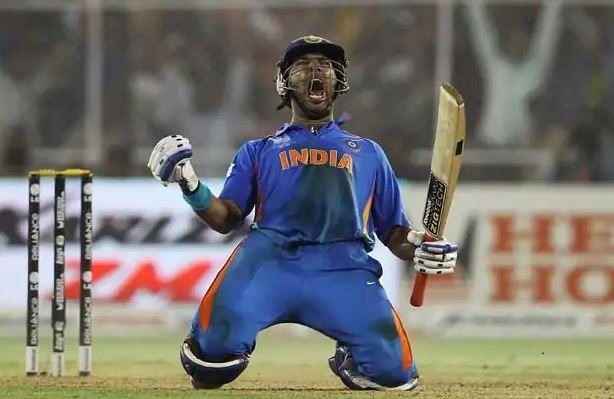 Yuvraj Singh produced a masterclass with the ball and the bat to hand Australia’s first World Cup defeat since 1996. Chasing a commendable total of 260, India found itself in a tricky position when Yuvraj Singh, along with Suresh Raina, took the team to a famous win.

2003, Centurion: Sourav Ganguly’s side get a disappointing end to a famous World cup-run 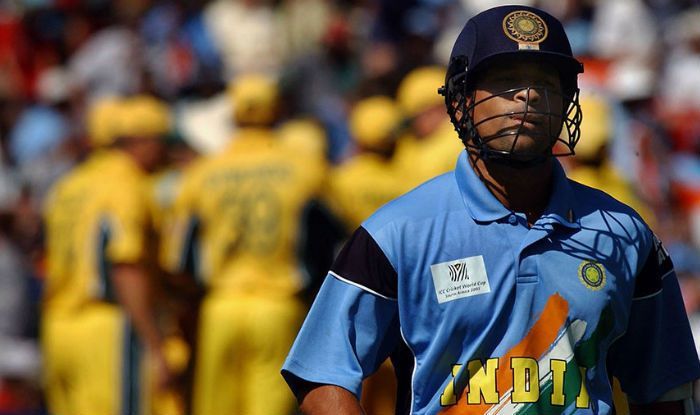 In what has been the saddest moment for every Indian cricket fan, Australia humbled the Sourav Ganguly-led side in the final of ICC World Cup 2003 by 125 runs. India was outplayed in every section as Ricky Ponting had smashed 140 to lead his side to a total of 359. The Indian batsmen failed miserably as they saw their opponents winning their second straight World Cup.

Winning their first game against minnow Netherlands, Sourav Ganguly & Co. suffered an embarrassing defeat at the hand of Australia. Bowled out for a paltry 125, Indian bowlers also failed miserably as Matthew Hayden and Adam Gilchrist led their team to a 9-wicket win.

What a contest this is going to be.

Sunday’s #CWC19 action will see India take on Australia at The Oval. Which side will continue their unbeaten start to the tournament?#TeamIndia #CmonAussie pic.twitter.com/abnInkgOmn

Batting first, Australia posted a total of 282 at The Oval. Ajay Jadeja’s unbeaten century did not help India’s cause as Sachin Tendulkar and Rahul Dravid fell for 0 and 2 respectively at the top-order and the Steve Waugh-led side registered a 78-run victory, en route to an eventual World Cup win.

126 with the bat and a crucial wicket of Sachin Tendulkar at the right time by Mark Waugh helped Australia edge past their opponents by 16 runs. Chasing a modest total of 259, Indian batting was heavily dependent on Sachin Tenudlkar. But, with the dismissal of the Master at 90, Indian batting lost the track and fell short of the winning total.

Australia and India have seen plenty of each other over the past seven months but tonight’s World Cup clash in London raises the stakes, writes @LouisDBCameron #CWC19 https://t.co/N9yyFhfUPp pic.twitter.com/u7BUXBFZxa

In what has been one of the closest encounters between both the teams, Australia beat India by one run in a rain-interrupted match. Batting first, the host team made 237 with Dean Jones scoring the highest 90. Chasing, Mohammed Azharuddin scored a brilliant 92, but it was not enough as his team lost by the lowest margin possible.

India took sweet revenge of their opening match debacle in the 1987 World Cup as they defeated Australia by 56 runs. Batting first, riding on Mohammed Azharuddin’s 54, India posted an imposing total of 289. Azhar starred with the ball also as he took three Aussie wickets to help his team bowl the opponent out for 233.

Batting first, Geoff Marsh’s hundred helped Australia post a commanding total of 270. However, in the second innings, India was cruising at 202-2 in 35 overs before losing their last 8 wickets for 62 runs and falling short of the target by a run.

📸📸#TeamIndia all geared up for the game against Australia tomorrow. Are you ready? #CWC19 pic.twitter.com/YQjq5buANW

Opting to bat first, all the batsmen performed their roles as India reached a total of 247. In the bowling front, Roger Binny and Madan Lal starred with the red cherry as they took four wickets each and helped India qualify for their maiden World Cup semi-final.

Trevor Chappel scored a brilliant 110 as Australia imposed a mammoth total of 320. Chasing, Indian batsmen never found themselves going as they compromised their wickets at regular intervals. Eventually, India succumbed to a whopping 162-run defeat.