ECB banned Danish Kaneria for reportedly urging others to do spot fixing in English County Cricket. 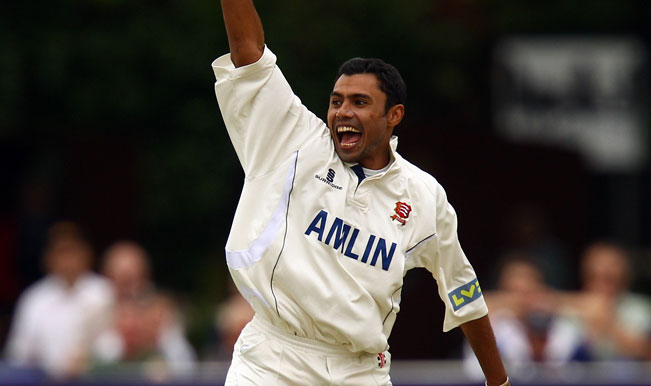 Karachi, Nov 25: Pakistan leg spinner, Danish Kaneria has lost another bid to get his life ban reviewed with the International Cricket Council (ICC) refusing to take up his case. Kaneria told PTI that he had sent a letter to the ICC with his case documents requesting them to review the life ban imposed on him after looking into the conduct of the Pakistan and English cricket boards in the whole issue. Also Read - Coronavirus Crisis: Asia Cup Will Not be Held This Year, Claims BCCI Official

“I had asked the ICC to first see whether the Pakistan and England boards had acted with integrity for the integrity of the game and to review my case. Unfortunately the ICC has told me that since the life ban was imposed on me by the England cricket board it is a domestic matter of the ECB and they (ICC) can’t interfere in the matter,” Kaneria said. Also Read - Coronavirus Lockdown: ICC Video Conference on Friday to Discuss Contingency Plans

“I find this strange that the ICC is treating my case as a domestic issue of the ECB when at the same time other member boards of the ICC have been forced to ratify the life ban on me and also ban me from playing anywhere in the world,” he noted. Kaneria questioned that if it was a domestic and internal matter of the ECB why was the ECB’s decision to ban him for life also ratified by the ICC and its member boards.

“The ECB didn’t ban me for spot fixing they banned me on grounds that I was encouraging other players to do spot fixing in county cricket something about which they have no concrete evidence,” the 33-year-old added. The Pakistani leg spinner said he found it strange that while, on one hand, the PCB was pleading the case of the banned Muhammad Aamir who has admitted to blatant spot fixing in a Test match, they have ignored him totally.

“I have been abandoned by the PCB which hurts a lot. Maybe the fact that the alleged bookmaker from India with whom I am said to have contrived to spot fix county matches was introduced to me by some officials of the PCB is one reason for trying to ignore me,” he said. Kaneria reiterated that the alleged bookmaker, Annu Bhatt was introduced to him by some PCB officials in 2005 who had invited him over to Pakistan for a series.