ICC World Cup 2019: For Passionate Indian Fans From Around The Globe, There’s Nothing Like Cricket

Fans have come to England from India, America, Hong Kong and elsewhere to watch the Indian cricket team.

These are some of the chants and refrains one can hear as you approach Kennington Oval two hours before the start of game 14 of the ICC Cricket World Cup 2019, between India and Australia. There is not a single Australian cricket jersey, cap or flag in sight. As you cross The Oval tube station, you see three groups of people selling replica India merchandise. Rip-off India cricket t-shirts, Indian flags, placards, Nehru caps with the tri-colour on them, and little souvenirs. A long line of fans, almost entirely wearing Indian cricket jerseys, and some of waving flags, walks from the tube station to the ground, which is hardly 50 feet away. Also Read - PM Narendra Modi Congratulates Team India For Winning Maiden Thomas Cup

Outside the Alec Stewart Gate and Hobbs Gate, many India fans make noise in anticipation of their team and its chances on a very pleasant Sunday morning in south London. The mere sight of a local or traveling TV crew gets them going. The mood is fervent, and distinctly pro-Indian. Also Read - Harbhajan Singh Strongly Backs Dinesh Karthik For A Spot In India's T20 World Cup 2022 Squad

Among the many small groups of Indian fans, one meets a vocal party of seven who have traveled from Ghatkopar, a suburb in eastern Mumbai. Like many, they have tickets for India vs Australia at Kennington Oval, India vs New Zealand at Trent Bridge and the marquee clash between India and Pakistan at Old Trafford.

“We have come all the way from Mumbai to support our team,” says one of the group. “We booked tickets a year in advance, and we are going to cheer India with all our love and support. India is the best team and India will win the World Cup!”

With that, the group of seven break into a cheer of patriotism. One of the members, on cue, breaks into the catch-phrase that became a phenomenon earlier this year after the release of the Hindi film URI: The Surgical Strike. 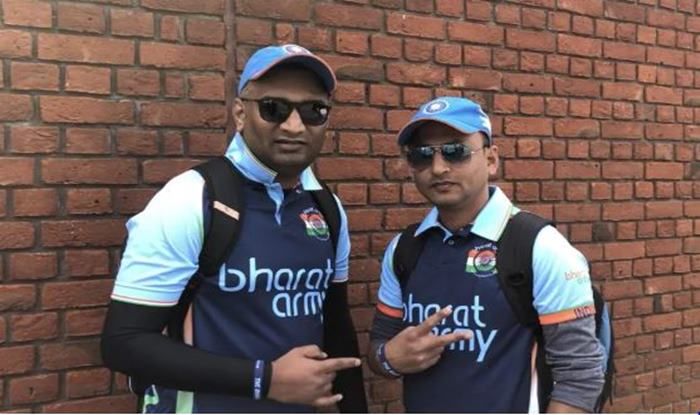 “How’s the josh?” he yells repeatedly, and each time his friends shout back: “High, sir!”

Fifteen minutes later, the security personnel and ICC Cricketers – members of the 4,000-strong volunteer core helping out at each of the World Cup venues – are rushed into trying to keep fans off the street as the Indian team arrives by bus. Among the fans hoping for a glimpse and a wave from Virat Kohli and his team-mates are Sam and Sunil, two Indians who have come to England from Philadelphia.

Like so many fans, they put their names into the ICC lottery for tickets in 2018 in hopes of getting tickets to see India. They were successful and now will see the matches against Australia, New Zealand and Pakistan.

“We’ve come from the USA to follow our team, and this is proving to be an unforgettable summer,” says Sam.
“We love the Indian team and we hope they can win the World Cup.”

“They will win the World Cup,” says Sunil, matter-of-factly.

Is it hard to get around England, with accommodation and travel not cheap?

“We saved up well in advance and tried to get cheap hotels and motels, so it was not that difficult, but yes we don’t always get to stay near the ground, so there is some traveling,” says Sam. “But it’s no bother because we love the Indian team and want to watch them.”

A few hundred feet down the road, another big group of Indian fans are gathered outside the Alec Stewart gate. Among them are three men from south Delhi, who are also in England with tickets to India vs Australia, India vs New Zealand and India vs Pakistan. Each of them are well-to-do businessmen, so for them staying has not been as tricky as others fans who have come from India and elsewhere.

Ritwik Mallik, from Noida, graduated in April with an MBA from Hyderabad. This is his first time outside of India. and his story of how he got to England is an interesting one.

“I booked tickets just for India-Australia. I’ve never travelled abroad before, first foreign trip and the World Cup was a damn good excuse to make that. Wasn’t certain about getting lucky on the ballot, so booked the ticket at a premium from Bharat Army way back in July 2018,” he says.

“At the job interview post-MBA, I didn’t negotiate for a salary or role – I negotiated for this week off. That was a non-negotiable pointer for me, wouldn’t have joined the company had they refused to give me leave. My manager was very sweet, telling me that the UK trip is absolutely not an issue and that the company won’t trouble me when I’m away.” 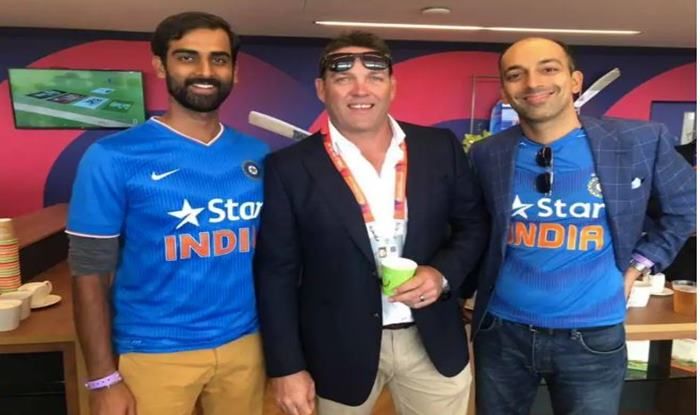 Shabad Thadani, from south Mumbai but working in Hong Kong, is traveling across England with two old friends. He watched India vs South Africa in Southampton and his second and final match is India vs Australia.

At the Rose Bowl, where India opened their World Cup campaign, Shabad was sitting in a VIP box inside the Shane Warne Stand when he heard a commotion behind him. He looked up to see Mukesh and Nita Ambani walk in with family in tow, and a strong security contingent.

“As soon as the Ambanis and Piramals entered, I kid you not … the entire section of fans below us turned around, and at that time a South African wicket fell,” recalls Shadab. “And that entire block did not see who got out. All they were looking at were the Ambanis!”

As you can see, there are many Indian fans who have traveled from far to watch their favourite team in action. The josh is most definitely high for these lovers of Indian cricket.