Last time both the teams played, it was in Asia Cup 2018 and the match ended up in a tie.

The star-studded Indian line-up is expected to have a run-fest against a dismal Afghan side who conceded a mammoth 397 against England in their last match. Threatening to be another one-sided contest, this match could well present itself to team India as a prolonged practice session in which an overwhelming performance could potentially secure a semi-final berth and increase the net-run-rate. Also Read - MS Dhoni Showed me The Real Picture Regarding 2019 World Cup: Yuvraj Singh

However, there remains to be seen how Kohli & Co. cope with the injury-blows that have scared the team in the last few days. While in-form opener Shikhar Dhawan was ruled out for the rest of the ICC World Cup 2019, pacer Bhuvneshwar Kumar has also been sidelined for the next two-three games. Mohammad Shami is expected to take his place and it will be interesting to look how India’s leading wicket-taker of ICC World Cup 2015 adjust in the challenging condition of England. Also Read - England vs New Zealand: Ben Stokes Took a Cigarette Break Ahead of 2019 World Cup Final Super Over: Report

Afghanistan, on the other hand, have been in the middle of blunders all around. While their on-field performance has garnered criticism, off the field issues have also been a major reason of worry for the team. Their star and world number three ODI bowler Rashid Khan bowled the most expensive spell of World Cup history in their last match against England and since then the going has been tough for the bowler. Also Read - On This Day: England vs New Zealand ICC World Cup 2019, The Greatest Final 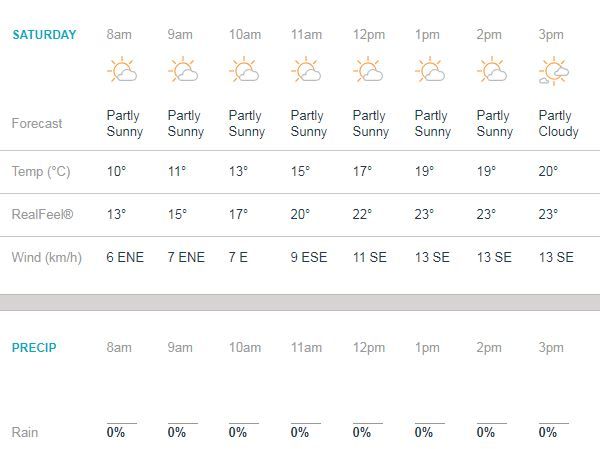 The Indian fans have all the reasons to heave sighs of relief as the Met Office have predicted no chance of rain today in Southampton. Rain has been the cause of annoyance during the World Cup for some time now and it’s refreshing to have no prediction of rain during a match of India, who already saw one of their matches got washed out. It is expected to remain sunny throughout the day with the temperature set to remain between 15-20 degree Celcius.

The pitch at the Rose Bowl stadium has not been much of a batting-friendly track as witnessed so far. However, during the match between West Indies and England the wicket did seem to flatten up a bit as England chased their winning total of 213 with 17 overs and eight wickets in hand against a potent Windies pace attack. But, not to forget on the same day, on the same wicket the English bowlers rattled the batsmen for just 212. Thus to predict how the wicket will behave would be a hard nut to crack. But, India being a strong bowling side would surely fancy a bolwers’ day out in the middle.