Ind vs Aus 2014: Michael Clarke in squad for 1st Test, gets 2 days to prove his fitness

A stand-by batsman has not yet been named by CA in case Clarke fails to make it in time. 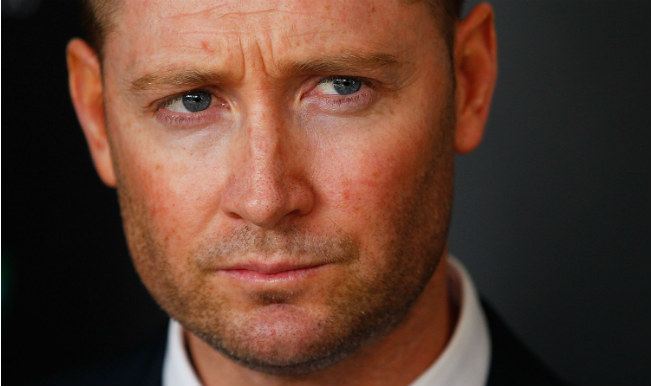 As per chairman of Cricket Australia selector Rodney Marsh, Clarke will get a couple of days time (till Wedensday) to prove his fitness and then will be playing the second warm-up game against India on November 28-29. Also Read - Michael Clarke Rejects Claim he Was Behind Simon Katich's Axing After Dressing Room Altercation

“We would have preferred him (Clarke) to play in the round of Sheffield Shield starting tomorrow but unfortunately his condition did not allow him enough time to be ready for that match. Clarke needs to be running by Wednesday,” Marsh told mediapersons in Sydney today, while announcing the 13-member squad.

“The aim is for him to play in the two-day CA XI match against India at the Adelaide Oval starting this Friday and his selection for the first Test is very much dependent on him pulling up well from that match. It goes without saying that Michael is a world-class batsman and it is important that he is 100 per-cent fit to be able to play in the first Test,” Marsh added.

A stand-by batsman has not yet been named by CA in case Clarke fails to make it in time. It was seen in the bizarre circumstances in which the grade game between Western Suburbs and Paramatta over this past weekend, wherein both teams allegedly contrived to have the national skipper batting during next weekend.

While that game will be investigated by Cricket New South Wales, the Australian national selectors have taken note of Clarke’s intentions to prove his fitness ahead of the first Test and have named him to play in the second practice game against India at the Adelaide Oval on November 28-29.

Meanwhile, Shane Watson and Ryan Harris, returning from injury, have been named in the squad for the first Test in place of left-arm paceman Mitchell Starc and dashing batsman Glenn Maxwell. Uncapped fast bowler Josh Hazlewood too has been included in the side named today.
Harris, who underwent knee surgery after of Australia’s successful tour of South Africa earlier this year, will also be playing in this week’s Sheffield Shield round to prove his fitness and get some match practice under his belt.

It means that Hazlewood, the 23-year-old bowler from New South Wales could be in line for his Test debut at the Gabba. “Josh is a young player of great talent and he thoroughly deserves this opportunity,” Marsh commented. “He has impressed in the recent one-day series and we are excited to see what he can produce if given the opportunity in Brisbane.”

“Ryan has worked extremely hard to return to elite cricket following his knee surgery. We know what a quality player he is. He will play in this upcoming round of Sheffield Shield to get more bowling under his belt but we are all hopeful he will be ready for a big summer of cricket,” he added.