Stand-in skipper Ajinkya Rahane will lead a depleted India into the second Test starting Saturday at the Melbourne Cricket Ground, the venue where they sealed their historic Test series in 2018-19. The challenge this time is huge not just because of the demoralising eight-wicket loss India suffered in the first Test after getting shot out for 36 in the first Test in Adelaide but also because of the absence of four of the star performers from the 2018 Boxing Day Test team. The absence of regular-captain Virat Kohli, who went back to India to attend the birth of his child, is likely to make a difference. Also, the absence of pace bowlers Ishant Sharma and Mohammad Shami who are out due to injuries. Australia, on the other hand, have their full bowling strength and with the return of Steve Smith, who missed the series last time due to a ban following the ball-tampering scandal, the Aussies look a far better and balanced side.Also Read - IMD Predicts Cold Day, Cold Wave Conditions For THESE States Over Next 5 Days. Full Forecast Here

India though have opted to go in with the best-balanced side possible into the Test. With the return of left-arm spinner Ravindra Jadeja, who missed the first Test as he was unfit, India have an all-round option — someone who can bowl as the fifth bowler and also bat at No. 7 or No. 8. Opener Shubman Gill replaces Prithvi Shaw, who aggregated just four across two innings in the first Test. Gill is an aggressive opener and aggregated 127 in the warm-ups, including a half-century. Right-arm pace bowler Mohammad Siraj will make his Test debut and will replace Shami whose bowling arm was fractured on the third day of the first Test and has since returned to India. Also Read - India vs South Africa Live Streaming 3rd ODI in India: When and Where to Watch 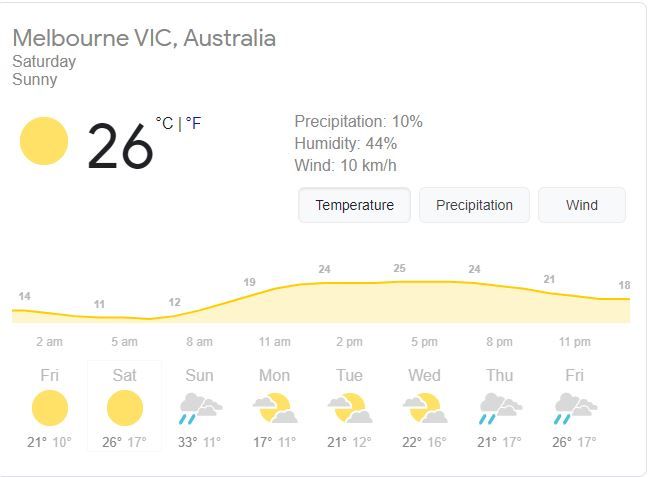 MCG’s flat deck are for the second Test are likely to aid Indian batsmen who will be eyeing a turnaround against Australia on Boxing Day. There will be some movement available off the deck for the faster bowlers. The initial phase against the new ball could be tough for both teams, batsmen should feel at ease in the middle once they get themselves set. Spinners are expected to play a role as the match progresses and pitch wears out. Toss will play a crucial role as both the captains would look to bat first. The conditions are expected to improve for the bowlers as the game progresses.