Sydney Weather Forecast: There could be scattered showers and brief interruptions throughout the five days of the Test.

Apart from the closure of the Queensland borders ahead of the third Test between India and Australia, there has been a lot of talk, predictions, and speculations around the Sydney weather for the much-awaited New Year Test.Also Read - India Tour of South Africa: All You Need to Know About the World Class Bio-Secure Arrangements Assured by Cricket South Africa

Despite forecasts of heavy showers on Wednesday, the good news is that rain may not interrupt proceedings on Thursday – which is the opening day of the Pink Test. But yes, there could be scattered showers and brief interruptions throughout the five days of the Test. Also Read - 2nd Test: India A Restrict South Africa A to 233/7 on Day 1

The humidity would be around 60 per cent, while the temperature would be around 20-25-degree Celcius. Also Read - IND vs NZ: Wasim Jaffer Names Potential Game-Changer for India in Mumbai Test 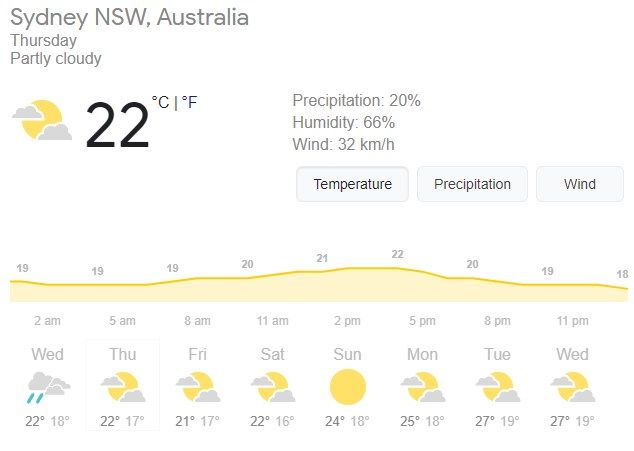 The four-match Test series is currently locked at 1-1 after the first two games. The hosts got the series off to a good start with a comprehensive win over the tourists at Adelaide. In that game, India was shot out for 36. The morale of the team was low and to add to their woes – their premier batsman Virat Kohli left for India on paternity leave.

At MCG – during the Boxing Day Test – the Ajinkya Rahane-led side buried the ghosts of Adelaide as they thrashed the hosts by eight wickets to level the series. Rahane led from the front as he hit a century and helped India take the lead in the first essay.

The bowlers also stood up to the task and delivered. The pacers and the spinners worked well in tandem to bowl the hosts out cheaply in both innings.

Newly-appointed vice-captain Rohit Sharma is set to make a comeback to the side after regaining complete fitness. His comeback will bolster the batting unit. There are also speculations that T. Natarajan may get to make his Test debut.

The third Test at the iconic SCG starts on January 7.